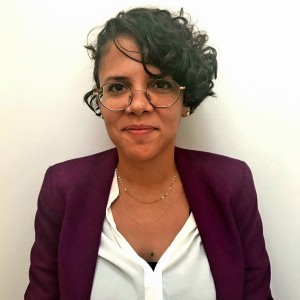 Hana’s research has been supported by the Fulbright Program, the Cambridge Trust, the Constantine Zurayq Cultural Foundation, the German Orient Institute Beirut and the Princeton University Library.

Hana is interested in how knowledge production in the humanities and the social sciences has shaped the modern Arab world, focusing on twentieth-century Syria, Lebanon and Palestine.

Her previous work examined the construction of national archives and meta-narratives in modern Palestinian history. Her PhD dissertation investigates the evolution of a tradition of historical thinking in twentieth-century Beirut, and its impact on conceptions of Arab societies’ past, present and future. Her upcoming project follows the development of this historical thought into the 1970s by retracing the career of Dar al-Fata al-Arabi, a revolutionary publishing house based in Beirut and Cairo, which produced anti-colonial children’s books widely read across the Arab world.

Hana Sleiman is an archivist and a historian of the modern Middle East whose research focuses on intellectual history, histories of print and archive theory.  She joined Murray Edwards as a Research Fellow in History in 2020. She is an Affiliate Researcher with the Arab Oral History Archive: Gender, Alternative Histories and the Production of Knowledge project at the American University of Beirut, and sits on the International Advisory Panel of the British Library’s Endangered Archives Program.

Hana’s PhD dissertation, under completion at the University of Cambridge, is titled History Writing and History Making in Twentieth-Century Beirut. She earned an MA from Columbia University (2013) working on archive creation and appropriation in modern Palestinian history. Her work has been  published in the Arab Studies Journal and the Journal for Palestine Studies, and exhibited at the Qalandiya International biennale, Beirut.

Hana’s archival work focuses on devising open tools and methodologies for ephemera and oral history archives, and she is the co-founder of the open source MASRAD:platform for archiving oral history. Previously, she was the Special Collections Librarian at the American University of Beirut Archives (2014 – 2016), working on the Constantine Zurayk personal papers and co-leading the Palestinian Oral History Archive.