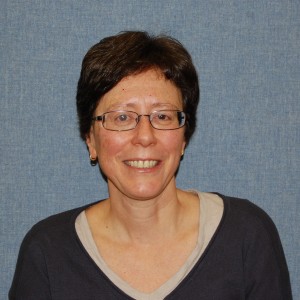 I am proud of the College’s history and vocation as a space not only reserved for women in Cambridge and in higher education, but made for them. I feel that the College’s history gives it a very particular, somewhat off-centre perspective on the wider University, which I find very congenial, refreshing and empowering. I also like the balance between old and new: we have enough history to cherish it, but not enough to stifle transformation, and innovation and forward-thinking.

Her distinctive contribution is to investigate war remembrance and commemoration from the point of view of those who visit but also, especially, live today in former battlefield areas. She has conducted ethnographic research in particular in areas of the former Western Front, theatre of some of the most devastating fighting during the Great War (1914-’18). Her particular interest is in analysing how memory and commemoration evolve as a conflict recedes into the past and over the long term. More particularly, she examines the role played by tangible vestiges of war in memory and commemoration, both for individuals and for communities. Thus she studies how those who inhabit or visit former battlefields respond to tangible vestiges of war in the physical surroundings of a place, and on how their understandings of landscape and place are influenced by the burden of negative memories they convey through monuments, burials and memorials.

Her research demonstrates the very long-term impact of severe war destruction on the sense of place and identity, with implications for our understanding of post-conflict reconstruction and identity formation. Also distinctive about her research on conflict landscapes is the fact that it is in part archaeological. This is through my membership of No Man’s Land, a group specialising on Great War archaeology in Europe and in the UK whose work centrally aims at involving local communities in excavation and appreciation of their war-related heritage. As well as participating in excavations, through her work with No Man’s Land, she also investigates how local (collective and individual) memories of war emerge in response to excavation and to the occasional discovery of the bodies of victims. This aspect of her research also seeks to understand the memorial role of the war dead for individuals, families and communities in the 21st century; and the importance of archaeology (and its finds) in how we access and evoke the past – and war-related pasts in particular - in the 21st century.

After completing her degrees at the Universities of Sheffield and Cambridge, she became a Junior Research Fellow of Murray Edwards College (then known as New Hall), and later a Fellow of the College. She worked as a University Teaching Officer for 5 years in the Division of Social Anthropology before being appointed to a College Lectureship at New Hall/Murray Edwards in 2005. In College I am the Director of Studies in Part I Human, Social and Political Sciences (formerly Archaeology and Anthropology and SPS/PPS) as well as Part II Social and Biological Anthropology, Archaeology and Sociology. She is also an undergraduate Tutor and has been a member of a range of committees, including Council. In the past she also acted for a time as Council Secretary; and as School Liaison Officer for the Arts. She is currently a member of the Academic Policy Committee; Garden Committee, New Hall Society Committee, and Council.