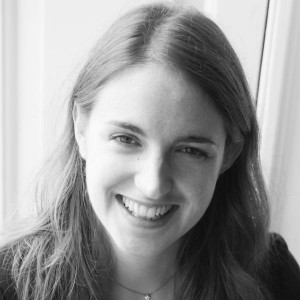 Fellow in History of Art; Director of Studies; Tutor

Murray Edwards has a wonderful atmosphere, intellectually, socially and artistically: its collection of art by female artists is unrivalled and displayed on every wall!

Dr Lydia Hamlett is Associate Professor at the Institute of Continuing Education, University of Cambridge.

Before coming to the Institute of Continuing Education, Lydia was a Leverhulme Early Career Fellow in the Department of History of Art at Cambridge. She was Programme Curator for the University of Cambridge Museums, when she co-curated 'Discoveries: Art, Science and Exploration' (2014), and a post-doctoral researcher on 'Court, Country, City: British Art 1660-1735' (AHRC), based at the University of York and Tate, where she curated 'Sketches for Spaces: History Painting and Architecture 1630–1730' (2013-14). Before this, she was on the research team for 'The Art of the Sublime' at Tate (AHRC). Lydia was a curator at the National Trust from 2008-9, and also at The Fitzwilliam Museum where she worked on exhibitions including 'From Reason to Revolution: Art and Society in Eighteenth-Century Britain' (2008) and 'Paul Mellon: A Cambridge Tribute' (2008). She has taught History of Art at Cambridge since 2003.

‘A sketch for the Petworth House staircase identified: new light on the oeuvre and patronage of Louis Laguerre’, The Burlington Magazine (December 2016)

‘The twin sacristy arrangement in Palladio’s Venice: origins and adaptations’, in N. Avcioglu and E. Jones (eds), Architecture, Art and Identity in Venice and its Territories (Ashgate 2013)

‘Longinus and the Baroque Sublime in Britain’, in N. Llewellyn and C. Riding (eds), The Art of the Sublime (Tate Research website, 2013)

‘The Longinian Sublime, Effect and Affect in “Baroque” British Visual Culture’, in C. van Eck et al. (eds), Translations of the Sublime: the early modern reception and dissemination of Longinus' Peri Hupsous in rhetoric, the visual arts, architecture and the theatre (Brill 2012)