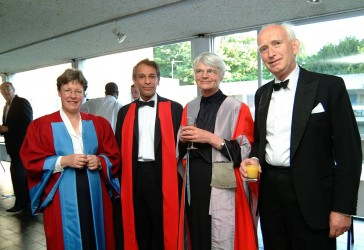 Our alumnae and their impact on the world

Alumnae of the College have made a significant impact on the world over the last 60 years, becoming leaders of companies, public bodies, charities and their communities. Over and over again, our former students tell us they found their path - and the courage to follow it - at Murray Edwards College.

Baroness Haleh Afshar (NH 1967) – Academician of Academy of Social Science, founding member of the Muslims Women’s Network, serves on British Council and the United Nations Association, of which she is honorary President of international services. Teaches Politics and Women's Studies at the University of York.