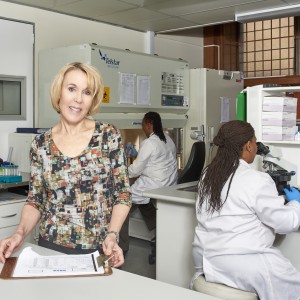 Professor Helen Rees studied Medical Sciences at our College from 1971. She became an Honorary Fellow of our College in 2015.

Helen Rees is the founder and Executive Director of the Wits Reproductive Health and HIV Institute of the University of the Witwatersrand in Johannesburg where she is also an Ad Hominem Professor in the Department of Obstetrics and Gynecology. She is an Honorary Professor in the Department of Infectious and Tropical Diseases of the Clinical Research Unit at the London School of Hygiene and Tropical Medicine, where she is also the Heath Clark lecturer for 2010. Professor Rees received her Medical Degree and a Masters in Social and Political Sciences from Cambridge University and in 2002 became an alumnus of Harvard Business School.

Professor Rees serves as a technical expert to many international organisations including the Global Alliance on Vaccines and Immunization, the HIV Vaccine Advisory Committee and the HPV Vaccine expert committee of the World Health Organization, the Population Council and the US National Institutes of Health. She is currently member of the Board of the International AIDS Vaccine Initiative, IAVI.