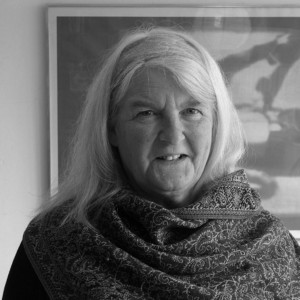 Director of Studies in Anglo Saxon, Norse and Celtic

All my Murray Edwards students love being at the college, and it’s not hard to see why: the college’s commitment to women’s education is second to none, and it looks after its students really well. It also has beautiful gardens, and friendly and supportive students, fellows and staff

I have recently retired from teaching manuscript studies and other medieval subjects at Birkbeck College in London, and am also an affiliated lecturer in the Department of Anglo-Saxon, Norse and Celtic in Cambridge, where I teach Anglo-Saxon history and manuscript studies. I’m Director of Studies in ASNaC at Murray Edwards and Lucy Cavendish Colleges, and a senior member at Newnham. Having been a ‘non-standard’ student myself (I returned to education at the age of 29 after working as an agricultural labourer), I’m very keen to encourage people who see themselves as ‘not the Cambridge type’. I’m currently working on a research project on the making and meaning of bread in early medieval England with Professor Martha Bayless, and editing one of the oldest medical texts in English with Dr Christine Voth.

2006    with Anke Timmermann and Nick Jardine, The Body as Instrument, Department of History and Philosophy of Science, University of Cambridge

2010   with Jennifer Rampling and Nick Jardine, Recipes for Disaster, Department of History and Philosophy of Science, Cambridge