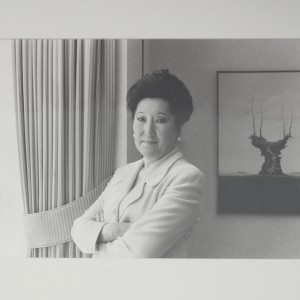 She served on a number of international boards, including Vice Chairman of Nikko Europe Plc, CEO of the World Gold Council and as a senior advisor at Lazard and a Director of AB Volvo. She also served on the International Advisory Board of METRO Cash & Carry and was a Partner in James Capel.

Fukuda has strong ties with Japan and was awarded an OBE for her services to UK-Japanese relations in 2000. She was also Chairman of the Japan Society from 1995-2000, and a trustee of the Mitsubishi UFJ Trust Oxford Foundation.