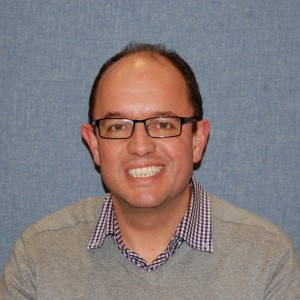 Everyone's interesting, everyone's different: this goes for both my students and my colleagues.

Dr Lyne joined the college in 1998, having been a PhD student at St John's and a Research Fellow at Magdalene College. He was appointed as a University Lecturer in 2002, Senior Lecturer in 2006, and Reader in 2013. For the College he mainly teaches Renaissance Literature, Shakespeare, and Tragedy, and he usually acts as Director of Studies for the third year students.

Most of his early research focused on the classical influences of English writers in the 16th and 17th centuries, but he turned increasingly to Shakespeare and then to the connections between literary criticism and cognitive science. He writes a blog, What Literature Knows About Your Brain devoted to this field.

Dr Lyne has published four books: Ovid's Changing Worlds: English Metamorphoses 1567-1632 (2001), Shakespeare's Late Work (2007), Shakespeare, Rhetoric and Cognition (2011), and most recently Memory and Intertextuality in Renaissance Literature (2016). His edition of Shakespeare for the Annotated English Poets series (formerly Longman; now Routledge), co-edited with Cathy Shrank, came out in late 2017. You can find a complete list of his publications on his Faculty webpage.