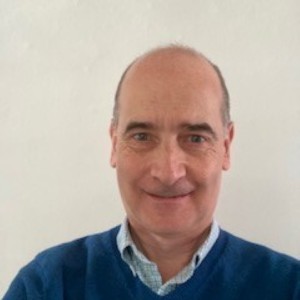 I go back a long way with the college. My undergraduate DoS was at New Hall and I was an Education Fellow here in 2003. For me it’s always been a friendly, lively place with a real focus on the student experience.

My book on theatre riots, Theatrical Unrest, was shortlisted for the 2017 Theatre Book Prize.

I work on early modern English theatre and on contemporary British and Irish theatre, with a particular interest in tragedy. I teach first year undergraduates drama on the 1500-1700 paper, and teach tragedy to the third years.

I’m from west London. Most of my career has been spent teaching in a sixth-form college in Brighton, where I was a faculty head and then ran the International Baccalaureate programme. I’ve also taught at Sussex and on the Royal Holloway Shakespeare MA programme.

I’ve written a number of books for students, including Hamlet: A Sourcebook (Routledge, 2005), Ben Jonson, Renaissance Dramatist (Edinburgh UP, 2007), Shakespeare: The Basics (third edition, Routledge, 2012) and Tragedy: The Basics (Routledge, 2017).
Theatrical Unrest: Ten Riots in the History of the Stage 1601-2004 was published by Routledge in 2016.
Class, Culture and Tragedy in the Plays of Jez Butterworth was be published by Palgrave in 2021.