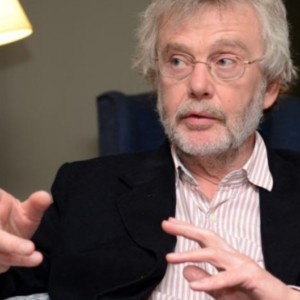 A mixture of serious-mindedness and informality which I have always found appealing.

Following my degrees in classics and the classical tradition, I had a three-year spell as a lexicographer working on the Oxford English Dictionary, I returned to classics as a Junior Research Fellow at Corpus Christi College, Oxford. Following a year teaching at a liberal arts college in New York, I first came to Cambridge as a teaching fellow at Magdalene College in 1986. On being appointed to a post in the Faculty of Classics I moved up the hill to New Hall, where I spent 11 very happy years (1991-2002), before taking up the Corpus Christi Chair of Latin in Oxford (2002-6). I returned to Cambridge as a Senior Research Fellow at Trinity College in 2006.

The last Trojan hero. A cultural history of Virgil's Aeneid (I. B. Tauris 2014)

Rumour and renown. Representations of fama in western literature (Cambridge 2012)

(ed.) Paradox and the marvellous in Augustan literature and culture (Oxford 2009)

The Epic Successors of Virgil (Roman Literature and its Contexts. Cambridge 1993)