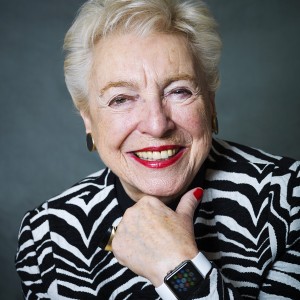 Dame Stephanie (Steve) Shirley is a highly successful entrepreneur turned ardent philanthropist. In 1962, she founded the software company originally named Freelance Programmers Ltd. (later named renamed Xansa, and then acquired by Steria). It developed a unique business model as it outsourced all its software development to women software developers who worked from home. This 'cottage industry' model originally targeted women with dependents. Throughout her entrepreneurial career, she pioneered employment opportunities for female programmers and allowed them to continue their education and professional development.

Since her retirement, she has gained additional renown for her philanthropic efforts through the Shirley Foundation. The foundation has given over £50 million to various charities, targeting those that support autistic people and emerging technology fields.

Shirley was one of the founders of British Computer Society. Additionally, she was appointed Officer of the Order of the British Empire (OBE) and promoted to Dame Commander in 2000. From May 2009 to May 2010, she served as the UK’s Ambassador for Philanthropy.