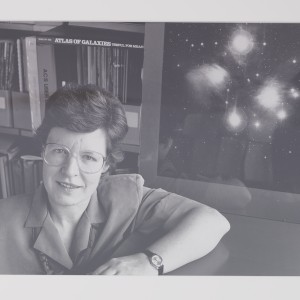 As a postgraduate student, Bell Burnell discovered the first radio pulsars while studying and advised by her thesis supervisor Antony Hewish.  Hewish subsequently shared the Nobel Prize in Physics with astronomer Martin Ryle, and her omission from the award was globally criticised.  She was President of the Royal Astronomical Society from 2002 to 2004, President of the Institute of Physics from October 2008 until October 2010, and was interim President following the death of her successor in early 2011.  Bell Burnell was elected as President of the Royal Society of Edinburgh in October 2014.  In March 2013 she was elected Pro-Chancellor of the University of Dublin.