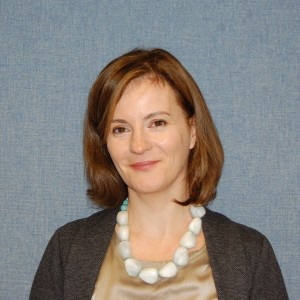 I value this College's continuing commitment to women's education. I am continually inspired by the sense of shared purpose in the College and the warm fellowship of my colleagues. It is a delight to see our students bring their energy and inspiration to the challenge of bringing on this young institution within the richly complex environment of a great and ancient collegiate university.

Rachel's scholarly interests include nineteenth and twentieth century poetry, fiction, and memoir, often with a comparative emphasis, and the place of Russian literature in the overlapping contexts of cultural, intellectual, and political history. She has recently published several essays on contemporary Russian fiction for the New York Review of Books.

Rachel read English at Jesus College and migrated to Russian Studies as a graduate student, first at Princeton University and later (after a spell working as a journalist in Paris) at Oxford. Her doctoral thesis examined the reception of English Literature in Russia at the turn of there nineteenth century. She returned to Cambridge as a Research Fellow at Emmanuel College in 1994, where her thesis became a book: English literature and the Russian aesthetic renaissance (CUP). In 1998 Rachel moved with her husband and young daughters to Moscow, where they lived for the next ten years. She worked there as an independent scholar and freelance journalist, writing for a wide range of scholarly and periodical publications.

Rachel has been a Fellow of Murray Edwards since 2011. She serves on the Art Committee, the External Relations Committee and Council. She is a Tutor for Graduates.

Rachel's most recent book is Molotov's Magic Lantern: Uncovering Russia's Secret History (Faber and Faber, 2010). It was published in the US in 2011 by Farrar, Straus and Giroux, and has so far appeared in Dutch, French, Polish, Chinese, and Italian.

Read her profile on the Faculty of Modern and Medieval Languages website.