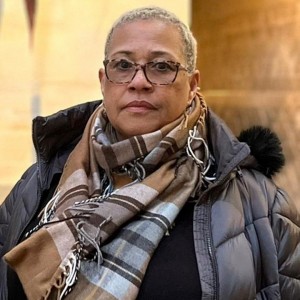 Mina Smallman is a retired Anglican priest and former High School teacher. She studied at the Central School of Speech and Drama. Before being ordained at St Paul’s Cathedral, she was a former Assistant Principal of John Kelly Girls’ Technology College. She served as the Archdeacon of Southend in the Diocese of Chelmsford from 2013-2016. In recognition of her work, she was awarded the title of Emeritus the Venerable.

In 2020, two of Ms Smallman’s daughters, Nicole Smallman and Bibaa Henry, were found murdered in a park in north London. In July 2020, Danyal Hussein was convicted of their murders and sentenced to life imprisonment. Ms Smallman and her husband Chris have criticised the Metropolitan Police Service for being initially dismissive and mishandling the missing persons investigation, questioning whether the murder of women of colour is treated differently by police and society at large. In December 2021, two Metropolitan Police Officers who took photographs of the murdered sisters and shared the images to WhatsApp – conduct described by Ms Smallman as “a betrayal of catastrophic proportions” – were convicted and jailed for 33 months.

Mina Smallman has partnered with Stacey Dooley to tell her story in the documentary, Two Daughters for BBC Two and iPlayer. She was included in the BBC’s 100 Women List for 2021, for her trailblazing work as the first female Church of England archdeacon from a black or ethnic minority background, and for her campaigning to make UK streets safer and to reform the police.