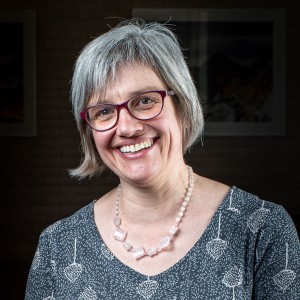 Fellow in History; Director of Studies

Murray Edwards is a wonderfully open, friendly and modern college, absolutely committed to the education of women. I like it for its architecture and art collection, its gardens, and its historical significance in the struggle for equality for women at Cambridge University.

My research and teaching focus on the history of early modern England, specifically the period of the English civil war and revolution (1642-1660).  I have written extensively on the history of the early Quaker movement and the importance of printing in political mobilisation.  Currently I am working on a new project, looking at the politics of record keeping in the English revolution.  I joined Murray Edwards in 2009 and very much enjoy my work here as Director of Studies in History.   Previously I lectured at Birmingham University and UCL.

'Friction in the archives: the politics of record keeping in the English revolution' in Liesbeth Corens, Kate Peters and Alexandra Walsham (eds), Archives and Information in the early modern world.  Proceedings of the British Academy (Forthcoming, 2017)

‘Quakers and the Culture of Print in the 1650s' in Laura Knoppers (ed), Oxford Handbook of Literature and the English Revolution (Oxford, 2012)