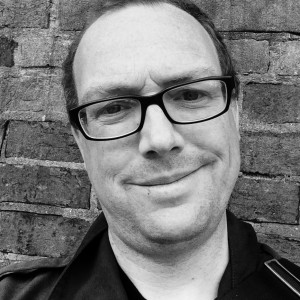 Murray Edwards is an extraordinary College. It carries forwards a mission of helping young women achieve intellectual excellence in their academic studies and it prepares them for the many different kinds of work they will accomplish in life. It does so through bringing students from across the globe together in Cambridge - and showing them how to succeed and also, vitally, how to examine, analyse and question their beliefs. I enjoy the teaching of students across the undergraduate Tripos and working with them on famous novels and poems as well as those which are now more lost or forgotten; but I especially like discussions where students change how I see a text or make new connections suddenly visible. The supervision system in Cambridge uniquely allows for such intense and enlightening moments to emerge from dialogue – and the hard work it involves (for both supervisor and student) is more than justified.

I read English for a BA at King's College, Cambridge. I then worked and studied in Sapporo (northern Japan), Berlin and Wales – before returning to Cambridge. My research is now focused on Anglo-Welsh writing, the fiction and poetry of the ‘long 1930s’, and the relationships between locale and literature. My first book - Reading the Ruins – was published by Cambridge University Press. I recently gave the Plenary lecture on Dylan Thomas at the international conference in Swansea to celebrate his centenary. I have also lectured or given seminar papers at many other universities in Germany, the US and Britain.

I teach for both parts of the English Tripos. For Part I this includes paper 7a (1830- 1945), 7b (1890-present day) and paper 1 (Literary Criticism). For Part II this includes paper 1 (Practical Criticism), paper 9 (Lyric), paper 11 (Modernism and the Short Story), paper 12 (Contemporary Writing in English), paper 14 (American Literature), and paper 18 (Literature and Visual Culture). I also supervise undergraduate dissertations on many nineteenth- and twentieth-century topics.

My graduate teaching includes the supervision of MPhil and PhD students who work on the following areas: nature writing; wars and rumours of wars; phenomenology; documentary film; and various kinds of literary experimentation. I am also a member of the Literature Technology Media research group in the English Faculty.

● ‘The lure of the wild’ in The Cambridge Companion to Literature and the Environment, ed. Louise Westling (Cambridge University Press, 2014), pp. 104-120.

● ‘The unburied past & walking with ghosts’, in The Oxford Handbook of Contemporary British and Irish Poetry, ed. Peter Robinson (Oxford University Press, 2013), pp. 57-76.

● ‘Marching crowds and empty streets: flow and turbulence in the long-1930s’, in Critical Quarterly 58.2 (forthcoming, Summer 2016)

● ‘George Barker in the 1930s: an autodidact and the classical inheritance’.