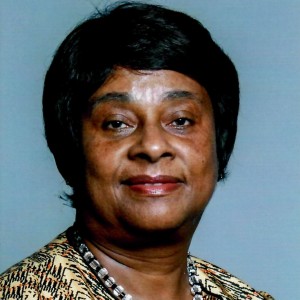 Member of the House of Lords; Campaigner

Baroness Doreen Lawrence was awarded the OBE for services to community relations in 2003 and since then she has been made a life peer in the House of Lords in 2013. She has won praise for her tireless dedication to community, anti-racism and other causes close to her heart and she was recently named the most powerful woman in the country by the BBC. Her spirit and resilience and demand for a better way have genuinely changed an institution at the core of British life.

Doreen wanted to ensure that future generations of young people would enjoy the opportunities that were denied to Stephen by his senseless murder.  Her ongoing efforts led to an investigation into claims of police corruption and, for her, the changes in policing remain ‘only partly done’, having revealed something about the wider society.  Despite setbacks in her campaign, Baroness Lawrence is able to lead and inspire as a powerhouse of courage, quietly persuading young people to have the confidence to stand against racism.

Baroness Lawrence was elected to a Honorary Fellowship in 2019.