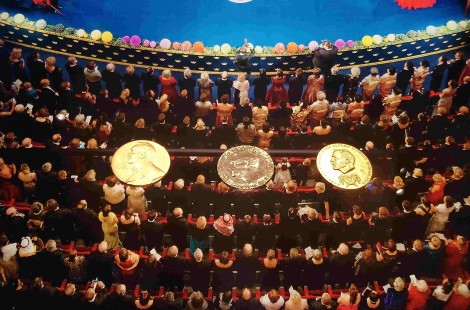 What if our body could heal itself of the most aggressive and deadliest of cancers? This groundbreaking research work has bagged this year’s Physiology/Medicine Nobel Prize!

In the first week of October every year, a few, well-deserving and lucky scientists get a phone call from Stockholm, Sweden informing them that they have won the Nobel Prize. The Nobel Prize is the most prestigious award and is believed to be the ‘Olympics of Science’. The award was established in the name of a Swedish scientist Alfred Nobel, based on his fortunes which contribute to the five yearly prizes in Physics, Chemistry and Physiology or Medicine as well as for Literature and Peace.  They are awarded to celebrate eminent discoveries and work of utmost benefit to mankind.

Cancer has become one of mankind’s greatest medical challenges of this era. This year’s Physiology/Medicine Nobel Prize was jointly awarded to James P. Allison and Tasuku Honjo on 1st October 2018, for their discovery of cancer therapy by inhibition of negative immune regulation.

Our body’s immune system functions intricately to protect us from diseases by attacking foreign agents such as bacteria, viruses, parasites and a whole range of other pathogens. Among the various types of immune cells that govern our immune system, the T-cells particularly act to destroy compromised cells in the body; additionally, ‘remembering’ previous pathogen footprints and helping to alert other immune cells should the infection return. Though, as the T-cells have the powerful capability of destroying cells, it is vital that their activity is precisely regulated. These cells have certain proteins on their surface, that upon activation, can induce an immune response, while some others function to suppress the response. In normal physiological circumstances, there is a well-defined balance between the activation of these two categories of T-cell surface proteins. However, some cancer cells produce high levels of proteins that interact with T-cell surface proteins in a manner that ‘switches-off’ the activity of these immune cells.  As a result, the immune system is suppressed when it should really be recognising and eradicating the notorious cancer cells.

Dating back to the early 1990s, James P. Allison was studying a T-cell protein CTLA-4, which was found to suppress T-cell activity. He then set out to investigate the potential of blocking CTLA-4 activation (with antibodies) and whether this would in turn release the suppressive effect on the T-cells, unleashing them to attack cancer cells.  Following the initial success in mouse models, Allison developed this concept into a brand-new approach of treating patients. In parallel, Tasuku Honjo discovered PD-1, another T-cell surface protein. Like CTLA-4, PD-1 also functioned to suppress T-cell activity, though, through a different mechanism of action. Therapies based on Honjo’s discovery proved to be remarkably effective in patients even with metastatic cancer. Together, the two Laureates’ revolutionary research established a landmark in our fight against cancer.

We should always remember that any form of research in Cancer Biology brings us a step closer to conquering this disease!