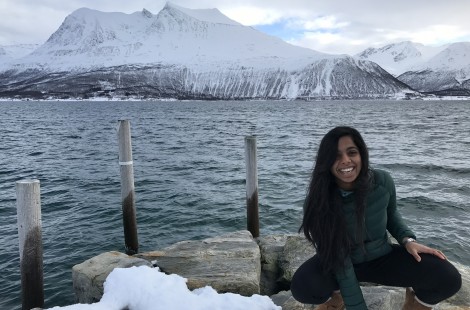 We live in a time where the scientific evidence for climate change is stronger than ever. The Intergovernmental Panel on Climate Change (IPCC), which was established with the prime motive of providing the world with an objective and scientific view of climate change, asserts that carbon capture and storage (CCS) is one of the key technologies required to mitigate climate change. The IPCC further warns us that the costs of halting climate change could double without CCS. So what is CCS and why have we not fully implemented it for climate change mitigation?

CCS, also known as carbon sequestration, is the process of capturing and storing CO2 emissions caused by human activity. The idea behind CCS is to “capture” the CO2 before it is released into the atmosphere. CO2 produced from industrial processes and large power plants is captured using chemical processes, and transported, typically through a pipeline, to a storage site. The most promising storage sites include various underground geological formations. At these storage sites, the CO2 is injected to depths greater than 800 m beneath the earth’s surface. At these depths, the CO2 remains in a supercritical state — adopting properties midway between a gas and a liquid — due to high ambient pressures and temperatures.

Once injected into the storage formation, the CO2 fills the pore space of the rock and displaces any fluids that are already present (the ‘in situ fluids’). A well-sealed cap rock over the selected storage reservoir ensures that the injected CO2 remains trapped underground. However, porous rocks are highly heterogeneous with properties varying over several orders of magnitude. Estimating the properties of these rocks in order to accurately model the dispersion of CO2 is a gruelling task. Researchers working in the carbon storage component of CCS are increasingly working on estimating the dispersion of CO2 in the storage formations given the uncertainty in the estimates of the properties of these rocks.

CCS is still a relatively new field with only a few decades of significant research behind it. However, given its novelty, there has been notable progress and the technology is commercially available today. Geological storage of CO2 is currently ongoing in three industrial-scale projects: the Sleipner project in the North Sea, the Weyburn project in Canada and the In Salah project in Algeria. About 3–4 million tonnes of CO2 that would otherwise be released to the atmosphere is captured and stored annually in geological formations.

However, according to the IPCC, two conditions may have to be met before CCS is considered a viable technology: (1) anthropogenic (human caused) global climate change has to be regarded as a serious problem by most people; (2) there must be acceptance that large reductions in CO2 emissions are essential to reduce the threat of global climate change. Furthermore, we require good climate policies that use the knowledge learnt from scientific research to implement global-scale strategies for climate change mitigation. From a scientific perspective, climate change certainly seems like a manageable problem. But the question is: who will be the world leaders in implementing the right solutions?