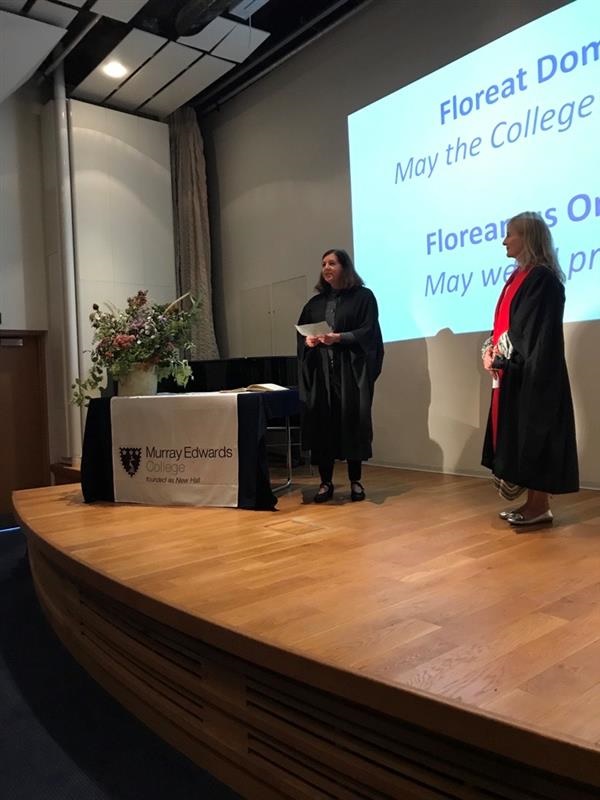 Dorothy is the sixth President to lead the College since its foundation in 1954. Prior to joining the College, Dorothy was Editor at Large at Channel 4, a role that was specially created for her after she stepped down as Head of News and Current Affairs after 15 years.

During her time at Channel 4, Dorothy was responsible for news and current affairs programmes that had national and global impact, winning her numerous international awards.

In 2019, Dorothy delivered the prestigious MacTaggart lecture at the Edinburgh Television Festival and was honoured with the Grierson Trustees’ Award at the 2019 Documentary Awards.

In 2018, she was made a Fellow of The Royal Television Society for her ‘outstanding contribution to television’ and received the Outstanding Contribution Award at the RTS Journalism Awards in the same year.

On her admittance as President, Dorothy said:

I am honoured indeed to have been chosen by the Fellows of Murray Edwards to take the College on to the next exciting stage in its life, following in the footsteps of illustrious women. Murray Edwards is a wonderful community devoted to giving young women from all backgrounds the opportunity to receive a world-class education.