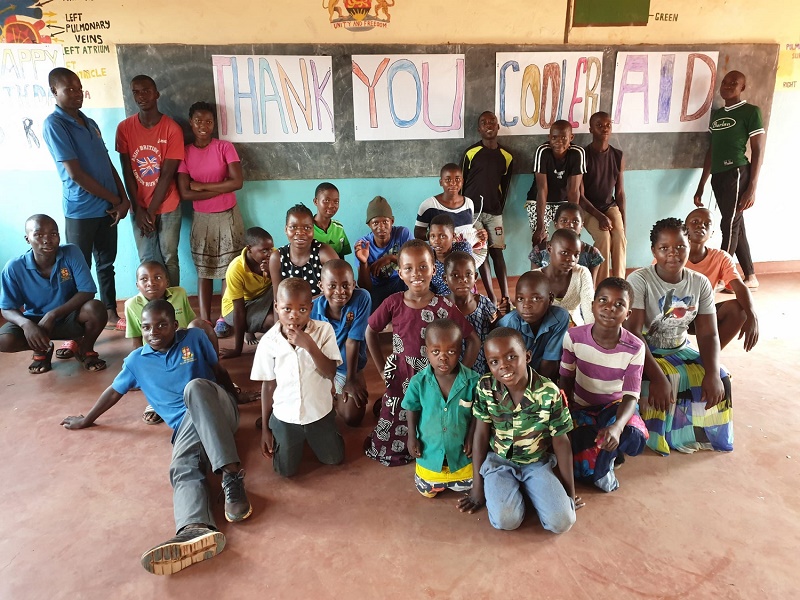 Murray Edwards College has been a customer of CoolerAid since 2008. CoolerAid supply bottled and mains fed water coolers throughout the College, and whilst they are primarily a national supplier of water coolers, hot water boilers, fountains, bottle refill stations and electronic taps for boiling and chilled water, their philanthropic endeavours really caught our attention.

While visiting friends in Malawi in 1998, CoolerAid founder John Charles Searle’s father, John Snr, observed the desperate need for care and protection for many orphaned and vulnerable children. John vowed to do all he could to help make a difference so returned home, and in 1999 set up the Lifeline Fund.

Now in its 23rd year, the Lifeline Fund is a thriving charity that works tirelessly to relieve poverty, famine, and lack of education and opportunity in many communities in Malawi. The first children’s centre was set up at Namisu, Southern Malawi just after the charity was established. Since then, 12 other children’s centres have been set up whilst the Lifeline Fund has also focused on infant rescue, vocational education, and the Aged Project Trust – providing care and assistance to the elderly.

From the outset, CoolerAid pledged to donate a percentage of their profits towards the charity every year. 10% of revenue from all mains fed water coolers, and 35 pence from every bottle of water sold goes directly to the Lifeline Fund. To date, CoolerAid have donated over £8.7million to the Fund which wouldn’t be possible without the continued support of their customers and clients.

Murray Edwards College is happy to partner with CoolerAid, as our custom means that we are not only supporting a local business, but we are also directly contributing towards the Lifeline Fund and the valuable work carried out in Malawi.