Helen Lin: Independent travel to Germany and the Netherlands 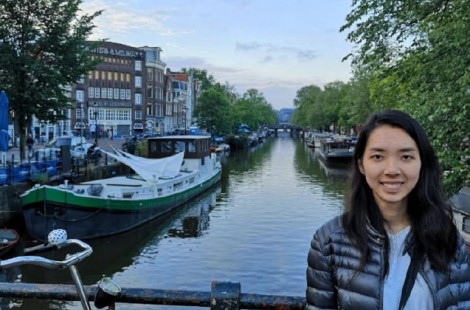 This summer, I travelled to Germany and the Netherlands to learn more about the histories and cultures of these two countries.

It was my first time planning a solo trip and while I enjoyed the freedom this gave me, I realised there were many challenges as well. For one, I had to look out for my personal safety and to this end, I took precautions such as minimising travelling in the night-time.

I arrived in Cologne, one of the larger cities in Rhineland, Germany. Through one of the walking tours of the Old Town, I learnt that this was one of the oldest cities in Germany, with its history stretching back to around 2000 years ago. It was first under Roman rule, where it grew into a bustling trade centre in the Roman Empire, before coming under Franconian rule. Today, Cologne retains its position as a transport hub, but has further constructed itself as a cultural and tourist attraction. This showed me how cities are constantly evolving and re-inventing themselves to adapt to the demands of a new age. I visited the Cologne Cathedral, a magnificent structure that has marked the skyline since 1880. While the city was extensively damaged in the Second World War, the cathedral remained standing. I was fascinated by the large-scale restoration work that has been ongoing since, repairing the damages from war and combatting the influences of the environment. Finally, through a museum tour, I learnt about the tumultuous events surrounding the ownership of Rhineland, which were important in the lead-up to the Second World War.

I travelled onwards to Amsterdam in the Netherlands. I explored the city on foot and then on a canal cruise. The city’s layout was absolutely impressive – concentric half-circles of canals with interconnecting canals, the result of meticulous city planning. The canals were initially designed for the practical functions of transport and defence but have today evolved into picturesque waterways protected as a UNESCO World Heritage site. The canals are also a reminder of the city’s growth to become a prosperous maritime hub in the Golden Age. I then visited the Anne Frank House, a canal house where Anne Frank’s family and several other people hid in the Second World War. It told the story of the tragic events in Anne Frank’s diary set within the larger context of a war-torn era through an audio tour, photos, videos and original items. It was indeed a moving experience. Finally, to learn more about the liberation of Holland, I journeyed to Limburg. An informative museum tour helped me learn about how the Allied forces reached this Dutch province, before moving north to build one of the largest air-landing operations in the war and open the route into Germany.

This made me appreciate that the freedom and peace enjoyed today are hard-earned and vital to maintain. In all, I was glad to learn so much about the rich histories of each place that I visited.

I am grateful to the Gateway programme for the opportunity to embark on this trip and I would most certainly recommend the programme to any student!