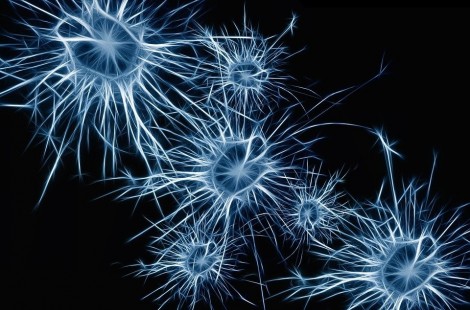 As doctors are constantly on the front lines of death and illness, they face a conflict between clinical empathy versus the need for efficiency.  Whether it be removing tissue samples from dead babies or delivering bad news, the emotional demand of a career in medicine is undoubtedly immense for any sane individual. However, there is a common misconception that doctors lose their human touch as they progress throughout their careers, but is that the case? Have they become immune to emotionally demanding clinical situations or have they merely adapted to refrain from consumption of their emotions and prioritising the call for care and assistance? In this piece, we will explore the neurological causes behind desensitization, a phenomenon relative to many doctors, and reach a verdict on whether it is a limitation or rather, a necessity in such a psychologically and physically challenging career.

In 1990, Ronal Malzhack proposed his own theory which he referred to as the Neuromatrix Theory of Pain. This theory suggests that pain is a multidimensional experience produced by a characteristic Neurosignature which is unique to every individual. In layman’s terms, emotional and physical pain is perceived and experienced differently by everyone. Thus, each individual’s neurosignature is influenced and sculpted by external inputs: past experiences, basic understanding and meaning of pain and pre-existing stress mechanisms. With growth and exposure to stresses and other various inputs, transformations occur in the Neuromatrix, resulting in a particular pattern of pain response. If we use a doctor on the maternity ward to demonstrate this theory, we can deduce that some of their external stress inputs would include; delivering stillbirths, handling dead babies, and in some extreme cases, losing their patients in the process of labour. With time, this would increase doctors’ endurance and reduce their sensitivity to such experiences, which would enable them to care for their patients without their emotions acting as a barrier. Effective emotion regulation is fundamental for doctors exposed to the suffering of others as it dampens counterproductive feelings of alarm and fear and frees up their processing capacity to be of assistance. From this perspective, we can deduce that desensitization often proves itself useful in situations that call for emotional resilience over emotional instability.

Studies into the pathology of frontotemporal dementia have shown that one symptom is the loss of empathy. By identifying which parts of the brain shut down in patients with Frontotemporal Dementia (FTD), we can identify the components of the brain responsible for empathy; the temporal pole and amygdala (used for understanding others’ experiences and emotions), the anterior cingulate cortex (which generates emotional reaction throughout the body) and lastly, the anterior insula (which represents our internal state). All these components interplay to form our very own empathy circuit. Similarly to the Neuromatrix, the efficacy of our empathy circuits is determined by first-hand experiences. Just as our empathy circuits can be strengthened, they are also at risk of weakening by traumatic experiences such as loss, death, and the excessive witness of pain; all of which are seen by the majority of doctors at least once in their careers. Hence, we can safely argue that some, if not most doctors, may experience empathy fatigue as they progress further into their careers. From this perspective, we can deduce that desensitization in the form of diminishing empathy may act as a hindrance for doctors as it is fundamental for maintaining their human touch.

To conclude, desensitization can be viewed from both a positive and negative perspective. It holds the benefits of allowing doctors to get through the hardships of their job, but it can also lead to a more emotionally detached and less human form of treatment. Whether this is merely due to becoming habituated with the high rising emotions or developing a level of control for their emotions is up for dispute, but it can be assured, the never-ending demand for care on the front lines, causing conflict between empathy and efficiency, will remain.