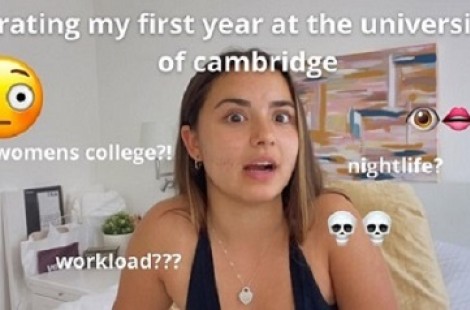 With my Gateway Challenges Funding, I decided to launch my own YouTube channel. I had been thinking about starting it for about a year and a half, and Gateway gave me both the confidence and the funding to do so.

I was most apprehensive about putting myself out there and the vulnerability that comes with that, but earlier in the year I launched a Podcast on Spotify called Generation C, which calmed those specific nerves. With the funding, I was able to purchase equipment to successfully launch my channel - this included proper lighting, tripods, and a hard drive for all the extra data I would be storing on my laptop for the project.

The most challenging part of this project was the time management it requires. I was definitely not expecting for editing a video to take such an extensive amount of time. This was, in fact, the most time-consuming element of starting the channel. However, this turned out to be the most interesting part of the project as I learned a new skill and could utilise my creativity in another way.

Conceptualising video ideas was not as difficult as I imagined as I had planned them in advance; rather, this was the most exciting bit, as well as filming. I also really enjoyed creating my logo and personal brand to go along with the channel, which is so important in such a saturated market. I used Canva, an online marketing tool to create my channel art and designs - this allowed me to build on my digital marketing skills and further bring out my creativity.

I am looking forward to making more videos for my channel - though this takes a fair amount of organisation during term time!