The great asylum debate: what do people seeking asylum think?

When I finished writing my MPhil dissertation at the end of July 2020, I didn’t think I’d need to talk about the contents of it so soon afterwards. However, in August 2020, there were a record number of people travelling across the Channel in small boats in order to claim asylum in the UK. This has led to increased media attention and public debate on issues of asylum and migration, as well as pundits and politicians making assumptions about the motives of people crossing the Channel. One side asserts that people seeking asylum are ‘illegal’ and have nothing but ‘bogus’ claims, whilst the other depicts them as vulnerable and desperate victims who are in need of help.

But where are the stories and opinions of people who are actually going through the asylum process in the UK? When will people seeking refuge stop being treated as numbers to be crunched or people to be pitied, and start being seen as autonomous individuals with hopes and dreams?

I became increasingly aware of these missing voices through my MPhil research, which documented the post-compulsory educational experiences and aspirations of three young asylum seekers in the UK: Aryan, Maleesha and Yaman. In this short blog post I draw on the conversations I had with Maleesha, who is currently studying Sustainable Development at university and awaiting the result of her asylum claim.

Together we discussed the idea of an ‘asylum seeker identity’ rather extensively, focusing on the way she navigates life as an asylum-seeking student on her university campus. We talked about the restrictions she faces daily because of her immigration status. These include, not being able to work or take part in internships, struggling to open a bank account and living in student accommodation despite not being a first-year, because she is unable to rent privately. Her status as an asylum seeker is frequently brought up in everyday conversation in answer to questions such as “where do you work?”, “where are you from?” and “where do you live?”. Maleesha says, “I feel like it’s a big part of my identity even though I don’t want it to be”.

We also exchanged experiences of asylum advocacy groups on campus. Ironically, Maleesha felt excluded by the very organisation that was supposed to promote inclusion for students like her. It was led by a number of privileged students and Maleesha said, “I just didn’t feel like I had a voice there”. I shared with her an experience I had at Cambridge, explaining how I found the groups to be quite condescending towards students with refugee backgrounds. One such student-led group was trying to organise the social lives of some postgraduate scholars whilst making patronising comments like, “it was just so nice to see them all getting along together”. Maleesha agreed, “That’s basically just drawing a line between you and, I guess, me”.

At the close of our conversations, Maleesha left me with this thought: “as an asylum seeker we’ve been through a lot […] I just want people to respect the circumstances of people and where they are coming from and the kind of experiences. Not take it as a story but really try to empathise with it”. We need to listen to the voices of those who have been displaced and centre their knowledge. Despite what the media says and many people assume, people seeking asylum are not simply a homogenous group shaped only by their shared experiences. They are individuals, with unique hopes, dreams and fears, and deserve to be treated as such. 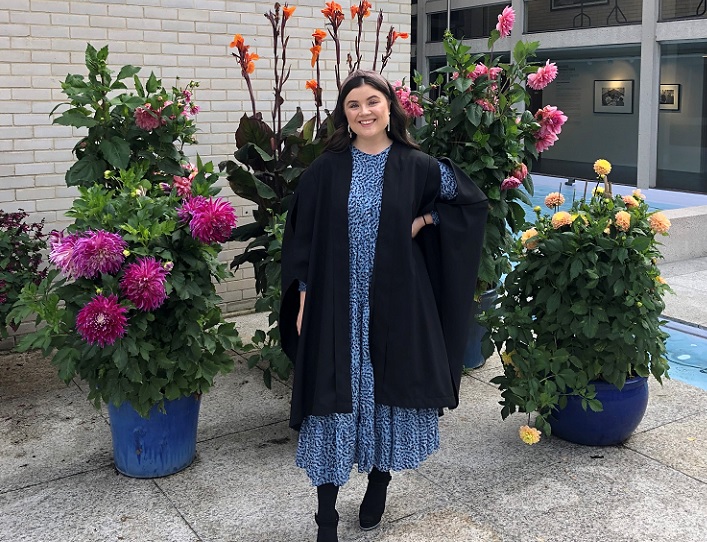 This blog was written by Hannah Gaffey, an MPhil student studying Education, Globalisation, and International Development at the Faculty of Education, University of Cambridge.

Her research focuses on the educational experiences and aspirations of young asylum seekers in the UK. Hannah was also the MCR Welfare Officer at Murray Edwards during the 2019-20 academic year. If you want to know more about Hannah’s research, you can read a blog post she wrote for the Inter-Agency Network for Education in Emergencies or visit her Instagram for helpful infographics about the UK asylum system.