The College would like to wish Anne Lonsdale a very happy 80th birthday! 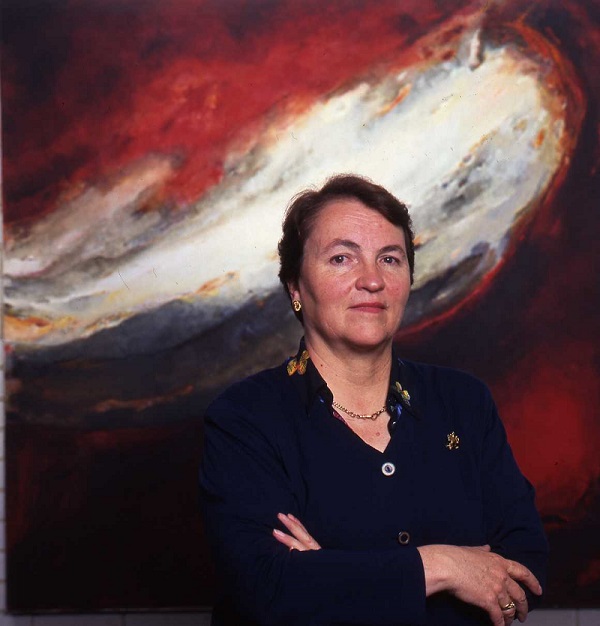 Anne was the third President of New Hall/Murray Edwards from 1996 to 2008 – a period that saw much change within the College, including the construction of our postgraduate accommodation block (Canning and Eliza Fok House) and the refurbishment of both Buckingham House (undergraduate accommodation) and the Dome dining hall.

Known for her commitment to women’s education and widening participation in general, Anne was awarded the CBE for services to Higher Education in 2004. Anne also has particular interests in human rights and environmental issues, as well as in Higher Education worldwide.

Anne became President 12 years after the founding of the New Hall Art Collection. When talking about the Collection, Anne said: “The architecture and the art of this College is so different. It is such a contrast to traditional Colleges where portraits of dead men hang on the walls, whereas we have works by living, female artists. It means there are no stereotypes here. As a woman, in this College, you can be anybody, you are free to be yourself.”

When she retired as President, Anne was admitted as an Honorary Fellow to the College, and we are delighted that she remains an active member of our community.

"My warm congratulations to Anne on her 80th birthday—an opportunity to celebrate all she has given to this college, to Cambridge, and to universities and scholars world-wide.

I have the happiest memories of working alongside her in my years as Senior Tutor, and on many University committees. Then and since, I would like to thank her in particular for two things: for always being ready with a sense of the ridiculous which could help the most difficult challenges seem manageable, and for that active and generous sense of individual possibility which has enhanced the careers and lives of so many she has worked with.

Happy Birthday, Anne, and thank you."