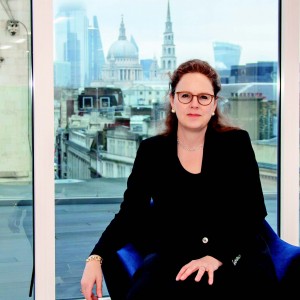 Chantal-Aimée Doerries QC is currently the Head of Atkin Chambers and was Chairman of the Bar of England and Wales in 2016. She is a commercial barrister, focusing on major international energy and infrastructure disputes. In addition to her work as an advocate, she regularly accepts appointments as an international arbitrator. She is co-editor in chief of the International Construction Law Journal, a contributing editor to Hudson’s Building and Engineering Contracts and was joint editor of the Building Law Reports (1999-2020). She is a Bencher of Middle Temple and is currently an elected Governor of Goodenough College and a Fellow of the American Bar Foundation and of the International Academy of Construction Lawyers. She graduated from Cambridge University in 1990, with a degree in History (New Hall, 1987). In 1989 she was President of the Cambridge Union Society.