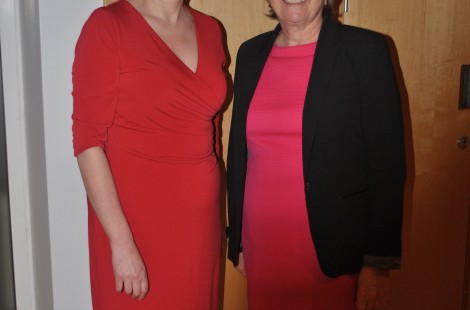 (Response to Frances O'Grady lecture on Thursday 28 January as part of the Capitalism on the Edge series at Murray Edwards College.)

Going through such long processes of graduate recruitment - competing with so many others at each stage - can make the process of finding employment feel very tiring, demoralising and overwhelmingly one-sided. Desperately refreshing emails after yet another telephone interview, I certainly feel somewhat at the whim of the graduate recruitment coordinator. If (when?) we do finally secure a position, the sense of relief and gratitude may mean that we may not consider our rights as a worker or think to explore our options for joining a union to protect these rights.

In the midst of this doom and gloom, Frances O'Grady's talk in college on the 28th January was a refreshing and necessary reminder that even in our first jobs, however junior the role, our labour is powerful and we should demand our employment rights. Speaking as part of the Capitalism on the Edge series, Frances (who is General Secretary of the Trades Union Congress) argued that trade unions were essential for reducing income inequality. Sheila Lawlor, director of the think-tank Politeia, made the counter-argument.

I was particularly interested (due in part to aforementioned job seeking) to find out how this was relevant to first-time workers, recent graduates who have just started their first full-time jobs. Before the talk, I conducted a very small informal survey of ten of my friends (all Murray Edwards alumnae) that had recently started work. Only one of them had joined a union, and this was only after having to specifically ask about it in her induction week. Most of the others had not discussed the matter at all with their bosses or their colleagues. There seemed to be a general consensus that unions were good but not something that they'd ever thought about joining, the perception being that they were only for certain industries in the public sector.

I posed these questions to Frances O'Grady after her talk. Was low youth engagement in trade unions a national problem? And if so, what was the TUC doing about it? Frances' response was very interesting. The TUC does recognise a problem in low membership numbers amongst young people - one of the reasons being that increasingly the jobs that graduates take up are so new themselves that there is no history of union membership. Recognising that the traditional union models must be adapted, the TUC want to work with young people to start building networks in these new sectors. It is therefore an exciting time for young people to get involved with trade unions.