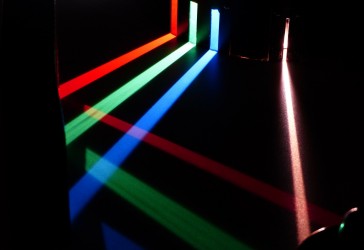 Physics is the scientific discipline concerned with the study of the fundamental workings of the Universe, including the nature of matter and the way it moves through space and time. Using detailed mathematics to describe experimental observations, physicists attempt to answer questions about the workings of our Universe such as: Why do stars burn? Why do planets orbit the Sun? What is the speed of light? What is the Universe made of?

Through studying the workings of nature, physicists develop ‘laws’, concise rules for predicting the behaviour of a system. Many of the technologies we take for granted on a day to day basis; mobile phones, computers and televisions; radio and GPS; refrigerators and microwaves; cars, trains and planes; all rely on a detailed understanding of these physical laws.

Historically, the familiar sciences from school, Biology and Chemistry, sat alongside Physics as part of the study of natural philosophy. Following the development of modern science in the 17th century, these separated into the subject areas we know today. However, in the last decades, these subjects have begun to overlap and remerge into a landscape of closely related interdisciplinary fields of study. One of these is the study of biomedical imaging, which sits at the interface of biology and physics.

In these activities, you will learn about some of the exciting new technologies that are currently in development for early detection of disease. Along the way, you will learn the mathematical technqiues used to analyse the data and turn it into useful daignostic information.