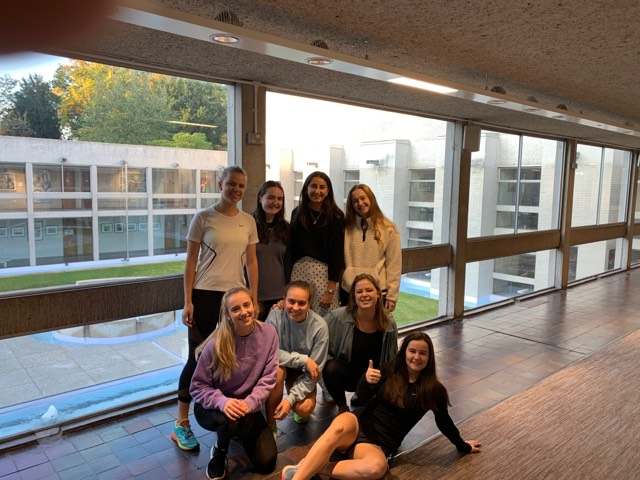 Congratulations to the Murray Edwards athletics team on their recent victory in the intercollegiate Cuppers competition.

Having won last year, the team were very keen to retain their crown. But this year an unforeseen rival, Fitzwilliam College, fielded a squad that pushed our students to their limits. After many twists and turns, it was finally announced that Murray Edwards had defeated Fitz by 186 points to their 179.

Martha Bevan, Murray Edwards Athletics Captain, said: "The cold temperatures and stiff competition did not put us off as we fielded a maximum of two people in almost every event and were the only College to put forward two relay teams. I'm incredibly proud of my team. It's hard to believe they went from saying, "I haven't done athletics in ages" and "I won't be very good" to producing some multi-eventing that would leave Jessica Ennis in awe."

Many congratulations to everyone who took part!