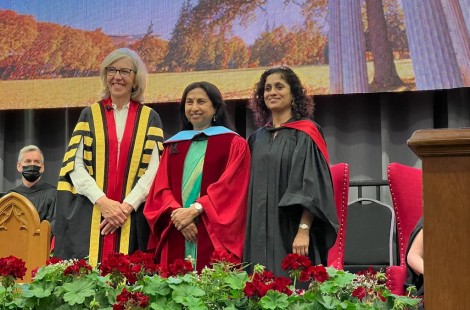 One of the College's acclaimed Honorary Fellows, Professor Bina Agarwal, has been awarded an Honorary Degree by the University of Guelph, Canada.

Bina is a leading feminist economist who has dedicated her career to women’s land rights in India.  Her work on gender and land rights as well as the centrality of women’s independent land and property ownership to their well-being has influenced policy of international organizations such as the World Bank and was reflected in the landmark amended Hindu Succession Act (1956) in 2005 that ensures, for the first time, equal rights for daughters to ancestral property in India.

Bina read Economics at New Hall, as Murray Edwards College was then known, matriculating in 1970.