A portrait of Dame Barbara Stocking 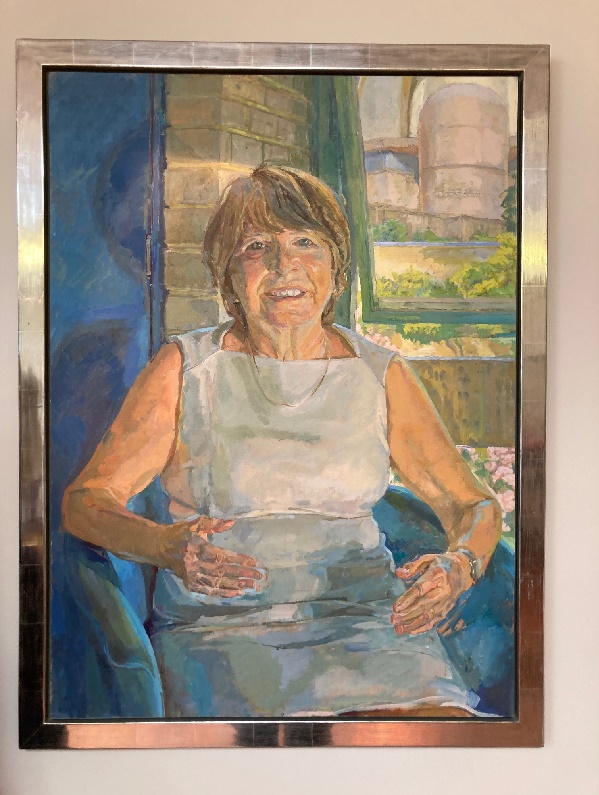 A portrait of Dame Barbara Stocking by renowned artist, Daphne Todd, has been unveiled to mark her Presidency of Murray Edwards College. The work hangs in the College's Council Room alongside portraits of other former Presidents, former JCR Presidents and distinguished alumnae.

Daphne Todd won first prize at the BP Portrait Award at the National Portrait Gallery in 2010, having won second prize back in 1983 (when it was called the John Player Award). Daphne was also elected the first female President of the Royal Society of Portrait Painters (1994-2000) and was awarded an OBE for Services to the Arts in 2002. The work was commissioned with support from the Royal Society of Portrait Painters and will become part of the New Hall Art Collection.