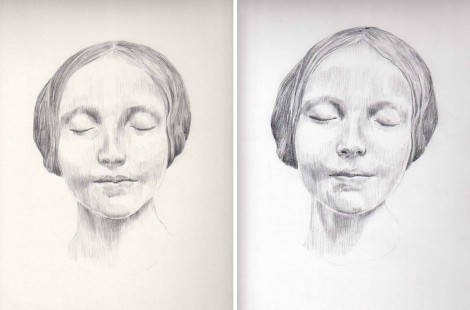 Professor Rebecca Fortnum is Senior Tutor at the Royal College of Art, responsible for the research students in the School of Arts and Humanities amongst other duties.  She has been Reader in Fine Art at the University of the Arts at Camberwell College and has taught at Norwich, School of the Art Institute of Chicago, Bath Spa, Middlesex and Central St Martins, among several other institutions. Rebecca is also Founding Editor of the Journal of Contemporary Painting.

But essentially Rebecca is an artist who wants to share her experiences with others. She is currently in Oxford as Visiting Research Fellow in the Creative Arts, a post recently created by Merton College. She is the first artist in the role, committed to producing two events during her period there and engaging fellows and students in the work she is creating.

Her experience at Merton College is somewhat different from her undergraduate time as a female student at Corpus Christi College, Oxford.  As Corpus Art Rep, she put on exhibitions and brought contemporary artists to show in the College.  She always felt, however, that art was slightly undervalued in the academic, intellectual environment.  Like many of her contemporaries, she went into teaching at art schools, which until then had mainly been a male preserve, thinking that they could change things. She gained her Master of Fine Arts from Newcastle University. Currently 60-80 % of art students are women.

Rebecca was amongst the first group of artists who donated works to the New Hall Art Collection in 1992. At that time, she was working on a four-year project, Disparities, with nine other women artists, all doing non-representational painting. It was shown at the Herbert Gallery in Coventry and the Mappin Gallery, Sheffield amongst other venues.  The artists worked individually producing large works and many of them were happy to donate to New Hall.  Word spread and many other women artists offered to donate, attracted by the thought of building together something greater than themselves as individuals. Rebecca was at the opening ceremony of the Collection and spoke alongside Griselda Pollock, Vanessa Jackson and Maggi Hambling.

Rebecca is delighted to see how the New Hall Art Collection has grown.  Because of the date of its founding she felt that there had been a sense that the Collection was a snapshot of women’s art in the 70s and 80s but now it feels less like that. 'If you had a collection of British art by women, all the names that you would think of - they are all here.' She noted that two of the works in the Collection are by Dame Paula Rego, an early donation, in 1992,  and one painted and given to the College in 2014 to mark the 60th anniversary of its founding.  'You could not have a collection of British woman’s art without a current Paula Rego. You need major players with people less well known.'

Rebecca was moved to see works by Maud Sulter and Lubaina Himid who were prominent members of the British black arts movement in the 1980s. Lubaina Himid became the first woman of colour to win the Turner Prize, in 2017.

Thinking about how representative the Collection is she noted that 'it leans toward the two dimensional', accepting that the nature of the College space and usage makes displaying three dimensional and digital work more difficult.  This is true, though three exquisite ceramic vases crafted by Charlotte Hodes are displayed in the entrance to the main walkway and the Dame Barbara Hepworth sculpture, Ascending Form (Gloria), in Orchard Court is joined by Naomi Press’ work Improvisation.

Rebecca recognises that for many people who go regularly to art galleries and museums, it can be difficult to engage with contemporary art practice. Once art stops being about a pure aesthetic experience, it can appear difficult but has a lot to offer.

Rebecca paid compliment to the work of recent curators, college staff and fellows who have achieved a very high curatorial and management standard for the Collection which has been recognised in the award of Accreditation from Arts Council England in 2018.