Science at Cambridge: Plant Sciences and the Franklin Society 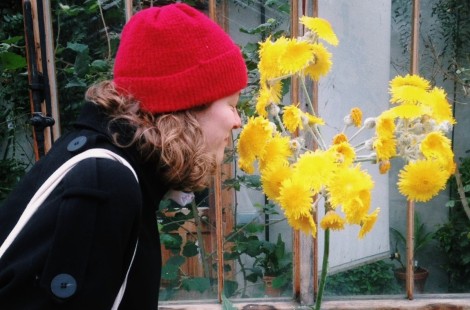 I’m Delfi, a second year Natural Scientist at Murray Edwards College with a particular interest in Plant Sciences. If you had told me three years ago that I would end up specialising in Plant Sciences, I would have been sceptical, to say the least. At school, I didn’t find plants particularly inspiring; teaching on the subject is minimal – you get taught a bit on the xylem and photosynthesis, maybe gravi- and phototropism – but this in no way reflects the diversity, complexity and importance of plant species. This highlights an aspect of the Cambridge Natural Sciences degree that I greatly appreciate – the first year courses are very broad and are taught by a large number of departments. The thing I discovered in first year was that plants actually are pretty interesting.

Plants play a vital role in human nutrition and so the importance of plant science research in the light of population growth and climate change cannot be understated. Not only are plants critical for human populations, they are also incredibly interesting in their own right. I am particularly fascinated by the developmental plasticity of plants – their ability to adapt to environmental cues by changing their body plans and the genes that they express. Effectively, this would be equivalent to humans growing an extra hand when confronted with more food so that we could shovel it into our mouths more efficiently. In plants, responses to environmental stimuli are integrated by complex hormone signalling networks, allowing genetically identical plants to look dramatically different. A plant’s body plan is thus optimised for the environment it happens to find itself in – after all, it can’t just walk away!

I recently became the president of the Murray Edwards Franklin Society – the College’s society for all things science. This is a role I’m really looking forward to and I have a great committee, Lauren (treasurer) and Jieying (secretary), to work with. One aspect I would especially like to focus on is the community of women in STEM at Murray Edwards, which includes undergraduates, postgraduates and Fellows. I believe we can learn so much from each other and support one another throughout our careers. One of my most valuable experiences at Cambridge has been a conversation I had with my supervisor about her experiences in academia, what to look for in a lab and the atmospheres at different research institutions. I am hoping to continue our community-building through informal social events and by encouraging our scientists to share their experiences through testimonials. The Franklin Society also has a history of inviting interesting speakers from a range of fields, something that I am keen to maintain, in addition to encouraging students to talk about their internships and research projects.

I want to end with a quote from one of my inspirations – Barbara McClintock, a plant geneticist who won the Nobel Prize in Physiology or Medicine in 1983 for her discovery of ‘jumping genes’: “If you know you are on the right track, if you have this inner knowledge, then nobody can turn you off… no matter what they say”.

Science at Cambridge: Why I study Science