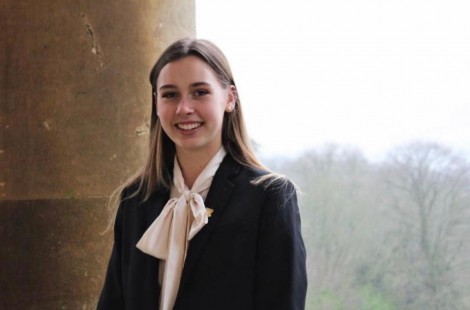 Since its invention in 1816, the stethoscope has remained not only an invaluable tool, but an instantly recognisable symbol of medical practice around the world. It communicates the intention to discover internal causes as part of the physician’s diagnostic process, whilst also functioning as a crucial part of the ritual of physical examination. From the very first time a child visits their doctor’s surgery, they will identify a stethoscope as something uniquely and consistently worn by those in the medical profession, the principle of continuity of care starting from these first and lasting impressions. Regardless of variations in uniform or medical setting, the stethoscope remains as relevant today as it did 200 years ago.

Since the time of Hippocrates, doctors have sought to understand the function and dysfunction of internal organs by using auscultation. Prior to the invention of the stethoscope, the doctor would put their ear to the patient’s chest. However, this technique was notoriously unreliable, due to the inability to specify the precise locations from which the sounds were emanating. There was an overreliance on the subjective narrative of patients’ descriptions of their symptoms in combination with a rudimentary physical examination. In 1816, Rene Laënnec invented the stethoscope, marking a paradigm shift in the way that doctors regarded the diagnostic process. The body now did the talking.

At first a cone of rolled paper was used to demonstrate the power of mediate auscultation, as well as eliminating the need for direct doctor to patient contact. After careful experimenting, Laënnec decided upon a monaural hollow wooden tube, and with this humble beginning it was named the ‘stethoscope’, from the Greek words stethos, meaning ‘chest’, and skopein, meaning ‘to explore’.

The stethoscope gave physicians objective indicators from the internal workings of the patient, using technology which required the physician to learn a new language to hear and then translate the organs’ rhythms. With the development of the physical piece of equipment came a seminal piece of work written by Laennec, linking sounds to pathology: De l’auscultation médiate ou Traité du Diagnostic des Maladies des Poumon et du Coeur.[1]  This book was the culmination of Laënnec’s studies of autopsies in which he observed the chests of many patients. With tubercular patients he found pleural effusion and pus-filled cavities. He then learnt to recognize and link the sounds of these fluids for diagnosis. He also described murmurs and thrills, bronchial and vesicular breathing, and many normal and abnormal lung sounds. The ability to hear and to interpret those internal sounds remains exclusive to the highly trained ears of medical professionals. Thus, it is crucial that this training continues for the next generation of medical students.

The invention of the stethoscope functioned as a catalyst for the development of further instruments, such as the ultrasound, the Xray and the MRI scan, all designed to bring detail and clarity to our understanding of the human body. Ears and eyes have gained access to the human body without breaking the skin.

It has been argued that the proliferation of much higher specification technology, such as the handheld ultrasound, risks devaluing the initial, immediate and highly cost-effective ritual of using a stethoscope. The importance of technological advances is indisputable, but we still need to recognise the significance of mediate auscultation as a dimension of the diagnostic process. The stethoscope physically connects a doctor to their patient; it embodies the privileged link that is made when people entrust doctors with their health.  The stethoscope tells patients that doctors are listening. They still are today.