School Entry: The official guide to making superpowers a reality 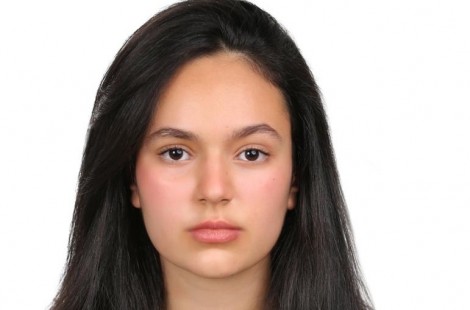 For decades the question “can we get superpowers?” has been recurring in every generation. With all the popular Marvel and DC movies, there is no doubt that young kids and adults are inspired by superheroes, not only because of their kind hearts, but also their unique superpowers. With new technology anything is possible, right?

The introduction of the CRISPR gene-editing technology has been welcomed by biologists, due to its rapid, efficient gene-editing powers. CRISPR is a powerful tool for editing genomes that allows researchers to easily alter DNA sequences and modify gene function. This has many applications, such as correcting genetic defects, treating and preventing the spread of diseases, studying disease and exploring potential treatments, as well as the opening possibility of a mortal human to gain superpowers.

So how does CRISPR work? First, the CRISPR sequences are translated into short RNA sequences (also known as CRISPR RNAs or crRNAs for short) that guide the system to DNA sequences that match. When the target DNA is located, Cas9, one of the CRISPR system's enzymes, attaches to it and cuts it, turning off the targeted gene. This will allow the cell to recognise that the DNA is damaged and try to repair it. Moreover, instead of cutting the DNA, researchers can use altered copies of Cas9 to activate gene expression. CRISPR-Cas9 may also be used to target and repair ‘typos’ in the human genome sequence to treat genetic illness such as cystic fibrosis and Huntington’s disease, according to research on this technology.

How could this technology help society gain superpowers?

By introducing mutations using the CRISPR gene-editing technology, we can change the traits (genome and phenotype) of a human being before birth. These naturally occurring genetic mutations have already been observed in humans, including ones that seem superhuman. Identifying these mutations and replicating them through gene-editing technology such as CRISPR will allow this to be translated to future generations.

One example is the link between mutations in the ACTN3 gene and the capacity to run faster. Researchers in Australia tested this gene alteration in mice and discovered that the changed animals could run 33 percent farther on a treadmill before becoming exhausted. This could also be used to explain how Usain Bolt can run fast, as he may carry a mutation in the ‘sprinting gene’ called ACTN3. ACTN3 encodes a member of the alpha-actin binding protein family and is thought to increase the volume of fast-twitch muscle fibers. 75% of Jamaicans carry this variant, and it has been suggested that the aluminum-rich soil found in Jamaica might increase the expression of ACTN3.

Research into alerting genes for super abilities using mice has already begun. Researchers from Switzerland's Federal Polytechnic School of Lausanne knocked out the NCoR1 gene, causing them to run twice as quickly as normal. Because the NCoR1 gene encodes a protein called nuclear receptor corepressor 1 that slows muscle growth, animals with the gene knocked out produced muscles that were larger, denser, and had more mitochondria.

There are other examples of naturally occurring mutations in humans. Tim Dryer carries a mutation that makes his bones significantly denser than the average human, giving him superhuman strength. Steven Pete has a rare disorder known as Congenital Analgesia, which means that he feels no pain, even when he has broken bones or chewed off part of his tongue! Veronica Seider was recorded as being able to identify people at a distance of more than one mile, giving her visual acuity that is 20 times better than average.

Taking advantage of such naturally occurring mutations, CRISPR could, in theory, alter the genome in some organisms to make them resistant to poisons and other toxins, as well as implementing this to create superhumans with super abilities through artificial mutations.

However, CRISPR researchers have made it clear that the scientific community does not support creating humans with enhanced abilities. ‘The talk about designer babies is ultimately a big distraction,’ says Carl Zimmer, a science journalist. While in theory, this seems like a possibility that could easily become reality, it does raise a lot of ethical concerns that cannot be ignored.

As a voice from the younger generation, I find the possibility of superpowers exciting, especially with these new technologies only set to improve further in the future - who knows what opportunities might open up! In the future, we might see new inventions and techniques that allow superpowers to become a reality, if we can find a balance between ethics and advancements in science.