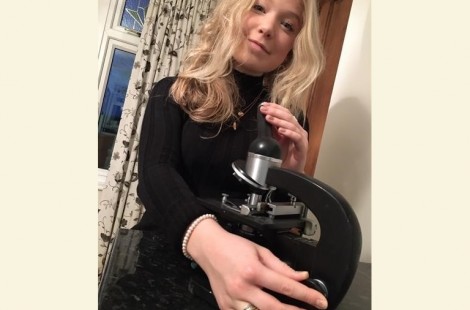 Dying of old age is down to something called senescence. After every cell division by mitosis, the DNA strands at the ends of your chromosomes called telomeres get a little shorter because of Okazaki fragments failing to cover the last stretch of the antiparallel strand. Once the length of the telomere reaches a certain cut-off point, the cell can no longer divide and therefore dies, leading to ageing. Other signs of ageing include genomic instability, epigenetic alterations, loss of proteostasis, deregulated nutrient sensing, mitochondrial dysfunction, stem cell exhaustion, and altered intercellular communication. Studying the methods of survival of species of great longevity could shed light on some of the many unknown factors that cause human ageing.

One fascinating creature is the Hydra. This animal cannot die of old age as it doesn’t go through senescence at all. Its epithelial and interstitial stem cells can have infinite self-renewal and differentiation capabilities due to an overabundance of FOXO genes which play a key role in ageing and decreasing the rate of apoptosis. This means that ageing can be controlled by genetic pathways and biochemical processes which are evolutionarily conserved. These FOXO proteins could be the key to slowing down ageing in humans. We carry a few versions, and some variants are more common in people who live beyond their 100th birthday, thus supporting this idea. They also lower the prevalence of cancer, cardiovascular disease, diabetes, neurodegeneration, and immune system dysfunction and so study into this area could lead to a breakthrough in medicine in the future.

Other species of interest include the Turritopsis Dohrnii jellyfish (the only species to date that is ‘biologically immortal’). Once fully developed into a medusa, unless this creature gets eaten or has a disease, it cannot die. In the face of an environmental stress like injury or starvation, it can revert back to a ball of cells which can then develop into the sexually immature polyp phase of its life cycle again due to a reversed version of the cellular processes in metamorphosis. Like Hydras, lobsters do not experience senescence because they have a never-ending supply of the enzyme telomerase, which regenerates telomeres. Though allowing larger lobsters to reach 140 years old, this enzyme is in immortal HeLa cells, helping cancerous tumours to grow, and therefore this is not the solution to our human ageing problem.  Another area of research is into resistance to oxidative stress–induced cell death. Ming the quahog clam was the oldest verified solitary animal on record, who got to 507 years old, and only died when biologists brought it up out of the ocean near Iceland. A 2012 study found that ocean quahog cells carry membranes that are unusually resistant to reactions where oxygen-containing molecules react with the membranes, generating small molecules that in turn damage other parts of the cell. Similarly, some species such as yeast have evolved multiple mechanisms to prevent the formation of Reactive Oxygen Species (ROS) during mitochondrial respiration. Such ROS can damage proteins, nucleic acids, and cell membranes, therefore reducing this oxidative damage can extend lifespan.

In conclusion, some of the main aspects of longevity and immortality are the large numbers of pluripotent stem cells (e.g. neoblasts) that allow these animals to have the ability to regenerate and rejuvenate themselves. Other areas such as dedifferentiation and Waddington’s epigenetic landscape allow insights into immortality too. All of these discoveries are triggering more research into how humans could slow down the rate of our ageing in the future.

The animals that can live forever

Can anything live forever?

Aging and longevity in the simplest animals

Long live FOXO: unraveling the role of FOXO proteins in aging and longevity