School Entry: Do we really work better under pressure? 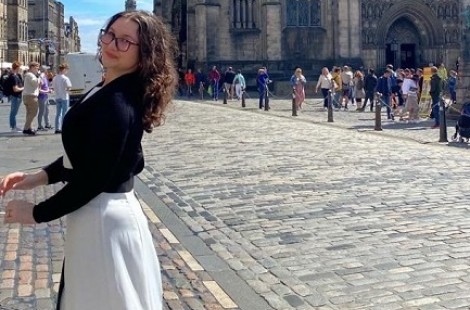 Competitive tasks, time limits and deadlines leave us with bursts of adrenaline. This wonder of a hormone can cause massive changes to our body’s cognitive and physical function. For instance, adrenaline is present during our fight or flight responses. Its release causes air passages to dilate and enriches muscles with oxygen, preparing the body for a response. Adrenaline can even improve memory!

Scientists have never found a correlation between procrastination and sensation seeking, which again poses the question: why do we feel like we work best under pressure? Is it simply an excuse to delay beginning a certain task? In some cases, yes, though procrastination can work in your favour sometimes. A limited time frame allows you to be more goal orientated and focus better than you would knowing that the deadline was ages away, and therefore helps avoid wasting time.

Another explanation is cognitive dissonance, which is when we hold conflicting ideas and this makes us uncomfortable – in this case, knowing that we have a 5000-word essay to write and believing we can complete it best last minute. These two ideas technically oppose each other; therefore, we begin to convince ourselves that it is true to align the two conflicting ideas.

It is true that some individuals ‘choke’ under pressure and that for some, pressure does not necessarily increase productivity. In fact, some of the most successful and intelligent people begin to cave into the stress and lose focus under pressure. Under pressure, our working memory can begin to fail us, as there is less ‘space’ for processing information. Essentially, stress caused by high pressure decreases the capacity of our working memory, making it more difficult to remember and formulate thoughts.

Moreover, stress and pressure can cause cognitive function to worsen. A connection between the working memory and prefrontal cortex helped us establish that the prefrontal cortex’s ability to concentrate determined the amount of ‘space’ in our working memory. Therefore, if stress decreases the capacity of the working memory, it must decrease the activity in the prefrontal cortex. Another region of the brain known as the anterior cingulate cortex is also in charge of emotions. This emotional centre of the brain plays a role in the panic experienced when someone ‘chokes’ under pressure. Along with the cortex, the amygdala (an area involved in emotion and behavior) causes awareness of the fear and anxiety that accompanies the panic and changes how we respond to the pressure. All these regions collectively cause a panicked response to a stressful situation.

Let’s have a look at pressure in another light. Many of us have heard parents say that ‘pressure toughens you up for the real world’ or that you’d ‘better get used to pressure’, but is this really true? Is exposing someone at a young age to emotional exhaustion and stress really a worthwhile teaching experience? There are no scientific claims that show improvement in tasks after being exposed to pressure or even that it helps develop a growth mindset. On the contrary, pressure ‘toughening you up’ does just that: it builds a stoic individual but not necessarily a successful one. On the other hand, being too lenient could lead to an inability to persevere or handle both criticism and pressure, which are a major part of life. Depriving someone of a struggle means they can never grow as an individual and develop important skills. After all, if a butterfly does not struggle, it cannot fly.

Working better under pressure is a white lie we all love to spread. John Atkinson once said, ‘The tendency to avoid failure...functions to oppose and dampen the tendency to undertake achievement-oriented activities.’ Pressure can drive us and stimulate us, but can also be our greatest downfall. Exposing the body to overwhelming levels of stress can provoke anxiety rather than improve motivation.

What do you think? Is working under pressure just a reassuring excuse for procrastination, or can it truly lead to efficiency and high-quality work?