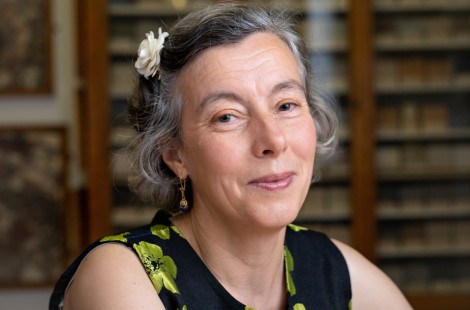 My research is in the emerging field of geoarchaeology. I’m particularly interested in landscape change, how humans respond to it and how their actions change the landscape. We are living in the natural lab of the earth and we are changing our own landscape and climate all the time. My studies of ancient Egyptian landscapes show how ancient people responded to changes but also what they thought about what was happening to them. From work that we have done around the pyramids of Giza in Egypt, we see that during the period that they were built, there was dramatic climate change in Egypt. Over a period of a few hundred years, lakes across the Saharan region dried up and sand dunes began to invade the Nile Valley. Initially, no-one seemed to notice but as the environment reached a tipping point, people started to panic. The literature of the day was full of gloom and the state fragmented. However, local innovation led to a change in strategy, huge irrigation systems were created and the state re-formed to manage them. Science today has much to offer in terms of reducing carbon emissions and understanding climate change to assist us in retaining environmental and political stability. I hope that our work helps to place the changes in a social context. As a society, our challenge is to enquire and to respond rather than to repine.

Geoarchaeologists work alongside other archaeologists to investigate the environment in which ancient people were living. I love working in such an interdisciplinary team with experts in so many different specialisms. It is like being in a forensic drama and dinner table conversation, if not for the faint-hearted, usually turns on the ancient gossip of the day; the human remains recovered, the texts read and the surprising discoveries, like ancient pot plants left in a child’s tomb. If the archaeologists can tell you what people had indoors, what they ate and how they lived, the geo-archaeologist can tell you what was outside; the climate they experienced, what they saw out of the window and how they got around their landscape. Like many geoarchaeologists, I come from a science background, my undergraduate degree was in Geology and Geophysics. It was followed by extensive fieldwork in Turkey and geochemical analysis for my PhD and then six years as a post-doc studying the geochemistry of Himalayan rivers before branching into geoarchaeology. In essence, we use lab techniques but with the added fun of being in the field; we often have to improvise equipment, building our own from local souks and bazaars. There’s no better way to get to know a country than spending the morning with the local blacksmith trying to create a piece of equipment or hanging out in the souk finding tableware that can be repurposed as lab ware. In my case, science has taken me a long way!