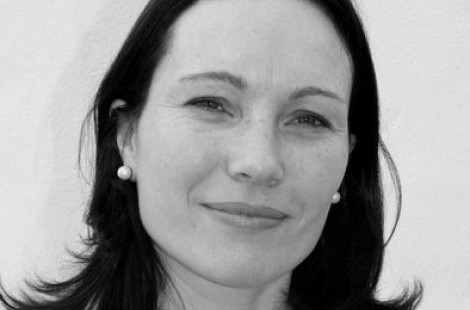 Brought up bilingual speaking English and French with an aptitude or exposure to languages, I came to New Hall as it was then to read MML (Spanish and German). Within a couple of weeks I had changed to Arabic and Spanish, hoping to dive deeper into the culture and language I had seen in North Africa and Andalucia. Murray Edwards supported this change, much as they did a couple of years later when I explained to my tutor that my finals would coincide with my Spanish medical school entrance exams. Coming from an arts background and knowing no doctors personally, Cambridge opened the door to that career by giving me the confidence in myself to consider medicine as an option. Other students at New Hall were instrumental in encouraging me to go for medicine, citing the examples of how much their parents had enjoyed a career in medicine. This was not the last time that New Hall students had supported my non linear career path. So started my international study and training in medicine via Spain, Germany, France and England. Germany gave me time to work whilst studying, Spain offered affordable fees, England gave me the option of doing further specialization less than full time outside the main training path. It was at many times a very painful path, including when I failed every exam except biology during my first two years of medical school, until I go the hang of both a new learning system and caught up with a lack of physics which dated back to having decided aged 12 that I would never use physics again. Famous last words now that I am working surrounded by physicists and mechanical engineers.

Always an outsider, whether due to my nationality and language or my nontraditional training path, it gave me a freedom to go for setting up new pathways and technologies that work for everyone, often bringing in ideas I’d seen in other health settings. As they say in Spanish “el no, ya lo tienes” (the answer no you already have it before asking) so why not try something new? I ended up being a family doctor in Spain and emergency medicine doctor in England. Both of which retain the global vision of the patient / person living with a disease or condition. Then I became a mum to a child with type 1 diabetes which gave me a whole new angle on the 360 days a year you don’t see your health professional. All of which I would not have foreseen on day one at Murray Edwards.

Much has been written about health exclusion and the solutions are often best offered by the patients and carers themselves. This was a motivation for my innovation within healthcare but I could see the future of digital and other technologies from different spheres being pushed into medicine. Living more recently in Barcelona, I connected with another College alumnae, Julie Perigo, who brought a whole new perspective to what I could be doing.  Alumnae societies have been a wonderful way of connecting with interesting people I wouldn’t otherwise have come across. Perhaps it has been that outsider view and a knowledge that there are other ways of doing things that led me to look at getting closer to the source making sure that new health technology solutions work for everyone. Now working for The Technology Partnership (ttp.com) just outside Cambridge it feels as if I am coming full circle. Speaking to engineers and learning their language, building on my experiences and knowing who to ask for different experiences, I now get to impact on early stage technology which will be the medical technology we will all be using in the future. It’s inspiring that it is often the limit to our imagination and not the lack of technology itself which stops us from finding solutions that work for everyone. Health exclusion comes in many forms and making the technology work for everyone is no longer a nice concept but a business case and I’m forever learning about new bias and exclusions.  I’m always looking to connect with people who have different perspectives – maybe that is you. Fell free to connect with me if you are interested in exchanging ideas or want to join the non linear career club.

Career Path: Pursuing a PhD in Physics - How Imposter Syndrome Almost Stopped Me