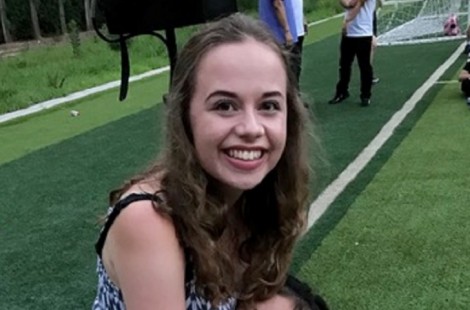 This summer I travelled to Beijing to take part in Abridge Educamp’s summer camp programme where I spent five weeks teaching English to Chinese children at Camford Royal School. It was an incredible experience where I got the chance to learn more about the Chinese culture, travel around Beijing and meet lots of new people. After the camp ended, I travelled for a week to Xi’an and Shanghai with some of the friends I made at the camp, which was an amazing opportunity to explore more of China.

I flew to Beijing on 11 July and straight away I was immersed in the history and culture of China as we visited the Great Wall of China and the Forbidden City in the first two days. Although hiking the Great Wall while jetlagged may not be recommended, it was a brilliant way to start the trip! After two days spent sightseeing, the first of three 10-day summer camps began. We were welcomed to the summer camp with a big opening ceremony and met the classes we were going to teach. I chose to teach the younger children as I have had experience working with them before and thought my lesson plans would be well suited to kids who would love to play, draw and run around! The first camp went by quickly as I spent the days teaching my animal-themed lessons, learning dances, competing in outdoor activities and getting to know the other teachers at the school who came from all over the world. We performed a teachers’ dance at the Carnival Party, which the children loved, and dancing at the end with all the kids was one of my highlights of the trip.

In the break between the first and second camp we were able to travel into the centre of Beijing and experience more of the Chinese culture. We were taken out for a big meal where we tried many different Chinese delicacies. Although I often did not know what I was eating, it was a great experience and very tasty.  Some of the Chinese camp leaders then took us to KTV, a favourite pastime in China, where we all sang karaoke together. The next day we visited the Lama Temple which was beautiful and tried traditional Peking duck which was my favourite meal of the trip! We also explored the historic hutongs of Beijing which are narrow alleys between houses and visited the 798 Art District which was full of galleries and street art.

The second camp started on 26 July and we welcomed the new children with a performance of High School Musical’s “We’re All In This Together”. This camp had fewer children than the first one which meant there was more time for trips into Beijing and cultural activities. We learnt to make dumplings which was so much fun and they were very tasty, although not as perfectly shaped as the ones I was used to! We also had calligraphy and paper cutting classes where we learnt the traditional techniques from very talented Chinese teachers and students. We visited Bei Hai park which had a huge lake where we rented a boat and went to the Ming Tombs where thirteen emperors of the Ming Dynasty are buried. Back at the camp, there was a flea market where we could buy a variety of things which the children were selling and a huge waterfight which pitted the kids against the teachers. The camp ended with class-based closing ceremonies where the children performed songs, dances and speeches to their parents, demonstrating what they had learnt during the camp.

Between the second and third camp, we visited the Summer Palace as well as the Temple of Heaven. It was great to see these famous landmarks in real life and learn more about their history. We also went to a huge indoor market where we had a go at haggling and visited the shopping district where we browsed the shops and had lots of bubble tea, my favourite Chinese drink. We also had a hot pot which is a traditional Chinese meal where you cook your food yourself in a pot of hot broth in front of you.

The third and final camp began on 5 August. I worked with one class for the majority of the time and it was great to get to know the children really well and see their progress. As well as teaching them my planned lessons, I also helped my class to write speeches for the speech contest and they taught me their dance for the Carnival Party. During the camp there were also lots of other cultural activities including a traditional Chinese tea party where we sampled different Chinese teas and snacks and a Chinese lesson from the children who taught me lots of useful words and phrases. The camp ended with a wonderful closing ceremony with lots of individual and whole class performances. I was given many lovely gifts from the parents, including a fan, a bookmark and homemade calligraphy. We spent our final day in Beijing wondering around Shichahai where we tried lots of street food, explored the shops and walked around the lake.

The day after the camp ended, I travelled by bullet train from Beijing to Xi’an with some of the friends that I had made on the camp. We went to the Terracotta Army which was incredible to see and so interesting to learn about. We walked the city walls of Xi’an at sunset which was beautiful and went to the famous street food market in the Muslim quarter where we tried lots of different snacks. We then travelled to Shanghai where we spent four nights. We went to the Bund where we saw Shanghai’s famous skyline, visited the People’s Square, wondered along Nanjing road, tried Shanghai’s famous soup dumplings, went shopping in the huge malls and went up Jin Mao Tower. We also visited Tongli and Suzhou, two towns near to Shanghai which are filled with beautiful canals, lined with little restaurants and shops.

I had an amazing six weeks in China and I am so thankful for Gateway as I would not have been able to go without receiving their funding. Gateway enabled me to travel to a country I’ve never been to before, immerse myself in its culture, work with incredible people and visit amazing places and I am so very grateful for that.