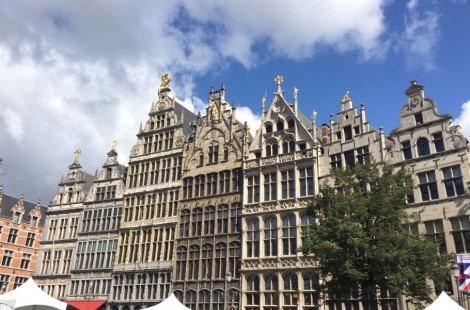 Over the summer, I spent five weeks working for Herbert-Smith Freehills, a commercial law firm, where I was able to gain an insight into the profession while helping with admin duties. The Brussels office deals mainly with EU competition law. From the very beginning, I was invited to be involved in various high-profile cases (despite, as an MML student, lacking in legal knowledge). For example, I helped dictate a document at the EU commission, and later helped to compare two documents for the same client. As the competition office is fairly small, I was able to get to know everyone, and they made sure to explain cases they were working on at the time.

Although the main language in the office was English, performing various administration responsibilities meant that I also had practice speaking French when answering the phone, and speaking to Francophone colleagues. I also helped translate a legal document from French to English. This practice naturally extended beyond the office, as, living in Brussels, I was completely immersed in the language. Furthermore, I was able to travel and explore Belgium during the weekends, which was a great experience.

Overall, living independently in Brussels and working in a law firm has taught me a lot, including what kind of environment I would like to work in after university. Not having any experience of it before, working in a professional environment has also been invaluable in becoming more self-driven and independent, and I believe that this will undoubtedly help me both in my studies at Cambridge and in my future career.