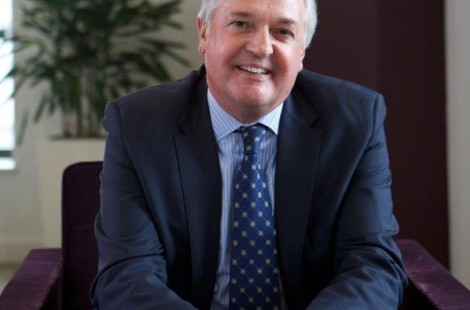 (Response to Paul Polman’s address on 26th October 2015 as part of the Capitalism on the Edge series at Murray Edwards College.)

Polman makes a number of intriguing claims in his talk regarding the future of capitalism. Amongst the most attention grabbing of these, in light of the fact that he is CEO of Unilever - one of the world’s largest corporations - is a claim that carries such weight for him that he chooses to bookend his lecture with it: that there is an urgent need for an increase of morality in business, or as he sub-defines it, for an increased sense of higher purpose.

For those who believe that it is the omission of morals in the pursuit of profit which defines business - ‘business is business’ - and that it is this omission which clears the way for the sort of honed economic rationality which Milton Friedman famously advocated for effective commercial decision making, Polman’s call will appear paradoxical. However, the focus here is instead on Polman’s outlined solution for delivering the injection of morality into business. Simply put, he flags up gender equality as the central driver for the future of capitalist endeavour, as a driver for its evolution, suggesting that addressing gender equality could reduce global poverty-related problems by 90%. He also argues that women have important skills to contribute, which he summarises in three core characteristics: systemic thinking in an increasingly complex world, ability to focus on the long-term, and a higher sense of purpose.

Why might women be better equipped with the skill sets needed for the future of capitalism? The goal here is to briefly consider where numerous claims that capitalism has both created and depends upon a gendered division of labour leave Polman’s vision. Put another way, is gender equality really compatible with capitalism, or does it involve capitalism having to change beyond recognition, so presenting nihilism of sorts?

That capitalism has a dark history regarding gendered divisions of labour is not new. Feminist thinking has been framing this argument for years. When we combine it with insights regarding the omission of morality from business, the story of how gender, morality and business interconnect, particularly in light of Polman’s arguments, start to spell out some interesting implications. Simply put, a feminist argument highlights that the economic success of the values-free public market place has only been possible because of the existence of the counter private (read domestic) domain. The domestic has been fashioned as a place where the moral values excluded from the public sphere could be upheld. A place where the ongoing and long-term job of caring for human beings could be attended to. A space of supposed sanctuary from the harsh demands of the dog-eat-dog competitive mentality of the market place. In short, the argument has been repeatedly made that the success of capitalism has not only depended upon gendered divisions to survive - divisions of labour, domains, and socialised behaviour - but that these divisions are integral to its’ existence.

The social system that is gender, where behaviour - including appropriate moral conduct - is mapped onto an individual’s biological sex, seriously conflates the two. This leads to often-erroneous beliefs that behaviour is the result of biology, when in fact it is often an effect of intense socialisation. When gendered individuals have been both explicitly and implicitly taught, and crucially rewarded, to behave in specific ways (the social punishments of exclusion and ridicule can be high), then contesting social norms represents an enormous challenge. Gendered moral behaviour, along with the wider moral perspectives and reasoning it entails, is no different. So the suggestion that women may possess a certain skill set and apparent vision should come as no surprise; they have been socialised differently. And the extended claim that this skill set is both valuable to and missing from business is even less of a surprise: it has been subjected to exclusion. But the point is that the capabilities that constitute the skill set are available to all. It is the wider gender system, crucially including the gendered divisions in both reproductive and productive behaviour, which prevents this skill set from developing more broadly.

So, when Polman calls for gender equality, how far does he go? Is he just talking equity in boardroom leadership, or across the board? Does he fully appreciate the need for gender equality in the tasks involving reproductive labour as well as productivity? Polman spoke of the need for equality at a variety of levels throughout Unilever’s supply chain: “Women do 60% of the agricultural work in this world, get only 10% of the income and own 1% of the land. It just doesn’t work”. Of course there are knock on effects of increases in female executive leadership for equality amongst women. In a world where women are still doing the majority of reproductive work, moves towards leadership in productivity tends to usually have repercussions for other women.

Encouraging women to put themselves in the running for top executive jobs, or ‘leaning in’ (coined by Sheryl Sandberg), can lead to ‘leaning on’ others. This point is made by Nancy Fraser in the recent New York Times forum The Stone. Fraser’s concern is that when the focus shifts to striving for gender equality by climbing up corporate ladders, this leaves intact a structure which still clearly separates productive from reproductive activities, the structure which capitalism depends on to thrive. The result is the off-loading or leaning on others to take up the slack of reproductive care work, work which is still predominantly undertaken by women and is often low-waged.

Fraser’s observation is useful in the context of exploring Polman’s emphasis on the importance of gender equality for the future of capitalism. Fraser highlights that gender equality in current structures simply pushes the problem of how gender inequality is reproduced further down the ladder. This point is also crucial when considering Polman’s claims regarding desirable skill sets. These skills are arguably acquired through socialised activity, activity that all genders should participate in. Gender equality, then, needs to tackle the sharing of caring concurrently with the sharing of productivity. If that does not take place, then not only is gender inequality simply increased elsewhere, but the socialisation of gendered skill sets will continue, thus depriving all genders alike.

The final point to consider is whether wide ranging gender equality is actually nihilistic for capitalism. Indeed, just what the evolving system is or could potentially become is also up for review, a point Polman alludes to himself: “If capitalism or not is something that is viable long term, is not really the question for me, it is how do we evolve it, whatever name we give it, you can decide yourself, it’s actually of the least importance to me”. So whether Polman is actually advancing gender equality as evolution or antidote starts to come to the fore. For whilst he directly refers to a number of core international institutions such as the World bank or the IMF as being out of date due to be being premised on visions of economic power that have now shifted globally, so this observation needs to be extended as to whether gender equality at all levels can be accommodated in these and other potentially out of date institutions and wider societal structures.

Helen Mussell is a Doctoral Researcher at the University of Cambridge Centre for Gender Studies (UCCGS), Newnham College.