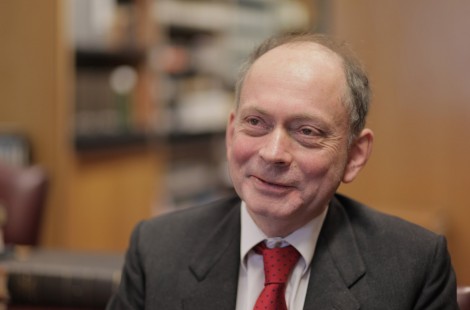 We're delighted that two College Fellows have been awarded honours by Her Majesty The Queen in the New Years' Honours.

Professor John Spencer, Bye Fellow in Law, has been awarded a CBE in the New Years’ Honours, for services to the Reform of Law Concerning Child Witnesses.

Professor Bernie Bulkin, Honorary Fellow, has been awarded an OBE for services to the Energy Industry.

"My work on children’s evidence began when, with young children our own, my wife and I could see how ill-adapted the traditional rules of criminal procedure were to the evidence of children. That the rules were eventually changed is due not only to my efforts, but also to those of a long list of other people with whom I had the privilege to work. I would like to think that this honour is a reflection of everything they did as well."

Professor John Spencer is Professor Emeritus of Law at the University of Cambridge. His interests include criminal law, criminal evidence, comparative criminal law, and the law of tort.  He has been involved in a great many of projects for law reform, including as a Consultant to the Law Commission on a project to reform the hearsay rule in 1995; as a member of a committee of experts set up by the European Commission to study fraud on the Community finances, and as a member of the Home Office group that drafted “Achieving Best Evidence in Criminal Proceedings” (1999-2001).  He was also a consultant to the Auld Review of Criminal Courts in 2001.​