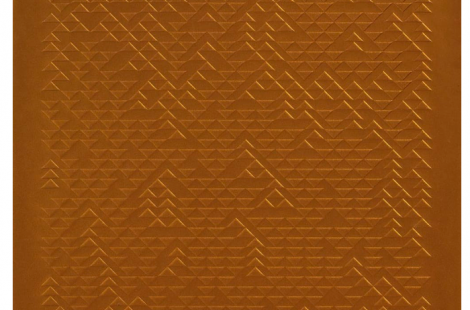 The New Hall Art Collection has developed entirely through the generous donations and loans from artists and from individual donors.  However, as an institution dedicated to the education of women, we are acutely aware of the universal financial inequality between genders; something also replicated in the art market. For this reason, we decided to start in 2017, a ‘Collecting Collective’ in which allows those keen to support the Collection and women artists to make a generous and permanent gift to the College in a new and valuable way, through monthly donations.

We reached our first target (£5000) in the summer so Harriet Loffler, our curator, selected four artists and invited the donors to vote on which artist they would most like to be added to the Collection (one person, one vote). Three of the artists were contemporary, but the winner was Anni Albers (1899-1994).

Albers is one of the most significant artists of the 20th century – a textile artist and printmaker who blurred the lines between traditional art and craft. Her initial forays were in weaving, in part because women were not allowed to attend certain classes at the famous Bauhaus school at Weimar in the 1920s. She developed this work into the geometric designs for which she is now famous.

Her popularity with members of our Collective may be in part because Tate Modern currently has a major retrospective of Albers work which runs to January 27th so you can still go and see it. With the money that’s been donated, we’ve been able to buy TRIII - a signed zinc embossed print which perfectly illustrates Albers’ approach to materials and pattern. The two dimensional image doesn’t give any sort of true impression of the work – for that you’ll need to come and visit the College when it’s up in the New Year!

We’re delighted with the initial success of the Collecting Collective and plan to continue the initiative in future years. For more information about how to become involved, please see our website.

With special thanks to members of the Collecting Collective, including Anna Watson, Joan Wheeler-Bennett, Diana Baldwin, Sarah Hein and Martin Roland, amongst others.