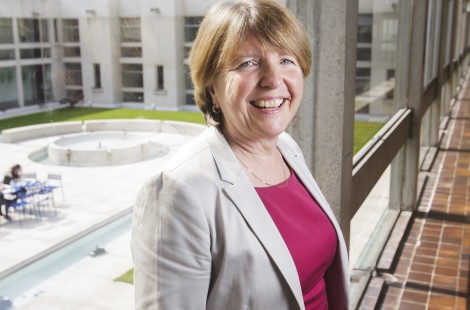 This article by Dame Barbara Stocking, President of Murray Edwards College, was published in the Financial Times on 25 August 2016. It has been reproduced here with kind permission from the newspaper.

There is much concern about why women are not making it to the top of organisations and professions. Equal numbers of men and women are recruited and a reasonable percentage are there at mid to senior levels, but there are few at the top.

When asked why this happens, I say with some confidence that it is about workplace culture. Two years ago we surveyed all our alumnae from Murray Edwards College, Cambridge. When asked what had been the biggest challenge to their career, 22 per cent of those women said it was combining work and family; 38 per cent cited an unsupportive workplace culture.

This is not all about gender bias, but a lot was summed up by a woman in her mid-30s: “I was surprised by how male-dominated the workplace is, designed by men, for men, with a male culture and set of values.”

If you ask women, they can describe the behaviours they find disturbing. Many will say that their voice is not heard, they are interrupted or ignored in meetings; that much work takes place on the golf course, at football matches and other male-dominated events; that progress is not based on merit and women have to do better than men to succeed, and that questions are raised in selection processes about whether a woman “is tough enough”.

In my experience, many women think it must be something wrong with them, and are mightily relieved that so many others have experienced the same thing. It adds up to a confidence-sapping environment where what might seem to be small issues gradually wear women down so that they leave or lose any aspiration for advancement.

After our survey, we began to wonder what men see of these workplace behaviours. Reviewing the literature from management studies, psychology, and organisational sociology, we found very few studies about what men see.

So we began interviews and workshops with men from public and private sectors and of different ages including, in the older group, senior men who had championed gender equality.

Most men think women only experience difficulties in the workplace with older men. They were surprised that female colleagues reported experiencing some of these everyday behaviours from younger male colleagues.

The challenge with some older groups was to get them to focus on behaviours. Senior leaders were more likely to leap to system change as a solution: “We should get 50 per cent women at every level of the organisation and that will solve it”. I certainly hope that will happen in the long term but it leaves the problem of women’s current experience of the workplace, which often stops them wanting to aim for more senior management and leadership roles.

We need real changes in behaviour. It would be good if men and women could be more aware, for example, about what happens in meetings, making sure they speak up when women are ignored or patronised. There should be more women in the chair, whatever level of the meeting. It is also important that socialising and networking take place in the working day and not in the pub.

The best way to find out what women think is to ask them. One effective way to do this is for younger women to “reverse mentor” senior men and describe to them what it feels like to be a young woman in the organisation.

None of this change is impossible, though the history of male power in the workplace means that it is not necessarily quick or easy. What we found most motivating to the men who took part in our workshops was collaborating with women to challenge and change typically masculine behaviour so that all employees are respected and given more space to shine. We might then find that more women are making their way to the top.

The writer is president of Murray Edwards College, Cambridge, and a former chief executive of Oxfam