Histories and Archives of Arabic Publishing

Between April and June 2021 the British Library and Murray Edwards College will co-host Histories and Archives of Arabic Publishing: an online series of talks exploring publishing practices in Arabic as a site for unfolding intellectual networks, artistic practices and political imaginaries from the 1960s until the present.

The series has been co-curated and convened by Hana Sleiman, Research Fellow in History at Murray Edwards College, and Daniel Lowe, Curator of Arabic Collections at the British Library.

The series has been organised in partnership with the British Library, the Delfina Foundation and the Middle East History Group, Faculty of History, University of Cambridge.

Engaging with a variety of artistic, design, archival, curatorial and academic research projects, this series will reflect on the multiple and overlapping worlds of publishing and on the contemporary efforts to reconstruct and reimagine them.

Learning from the leading practitioners in the field, the series examines past and present practices of publishing in Arabic. It explores questions of scale of operations and reach; mediums and formats; audience and language; and the social and political context that gave rise to the practices in question. The series also explores contemporary collecting practices of publishing archives. It highlights collections’ capacity to foreground publishing archives not merely as a signifier of other historical processes but as a historical process in its own right.

How to maneuver: shapeshifting texts and other publishing tactics

The first session in the series on Tuesday 27 April at 17:00 BST (register via Zoom) brings together artists and curators Ala Younis and Maha Mamoun, in conversation with art historian Hala Auji, to talk about Kayfa ta: On Shapeshifting Texts and Other Publishing Tactics.

In 2012, they founded Kayfa ta as an independent publishing initiative that emerged from a need to break out of the limited readership and distribution of alternative books: books that cross genres, engage a mixed range of writers and readers, and are not driven by restrictive market values that control who and what is publishable. Their project is also interested in identifying the mechanisms of “gate-keeping”, be they in art or publishing, that shape and limit the voices and practices that have access to a wider public.

In 2019, Kayfa ta expanded its interest into understanding the wider field of self and independent publishing and distribution, as well as the new challenges facing access of the private to shared public platforms, and the space left to maneuver the mounting obstacles therein. Their talk explores the expanded fields of contemporary publishing and distribution – modes of making-public and of public–making, as developed through quotidian as well as artistic strategies – as a revealing entry point to understanding contemporary efforts to limit and expand the space of the commons.

Archives of design and designing the archive

On Tuesday 11 May at 17:00 BST (register via Zoom) Huda Smitshuijzen AbiFarès, Founding Director of the Khatt Foundation and Khatt Books publishers, will speak on The Arabic Design Library: Alternative Narratives from the Arab World.

Huda will address the importance of documenting and presenting an alternative design history from parts of the world that are rarely covered in main-stream design publications. She will present the series of design monographs, The Arabic Design Library, published by Khatt Books since 2016. The series covers the work of some of the Arab world's design pioneers (including the likes of Hilmi al-Tuni, Saloua Raouda Choucair, Dia Azzawi, Nasri Khattar and Abdulkader Arnaout) who were practicing in the period stretching from the 1960s to the 1980s and who in their own way, engaged with design as a tool for political emancipation and socio-cultural progress.

She will be joined by Cairo-based multidisciplinary designer, researcher and writer Moe Elhosseiny who will speak on Arabic Cover Design Archive: Digital Archives as Design Activism. Through engaging with Jacques Derrida’s Archive Fever, he takes a critical approach to history, archival practices and access in relation to collective memory in South Western Asia and North Africa.

With archives being suppressed, neglected, avoided, or locked away, there is an urgency to support collective memory building. Consequently, forms of digital archiving may take on the role of design activism. Elhosseiny founded the Arabic Cover Design Archive which seeks to surface and record book design practices throughout the history of Arabic publishing, providing an accessible digital extension to an often inaccessible physical archive. By making the archive visible through digital means, this project multiplies the instances where engagement with this material can occur. It thus aims to increase the potentiality for creating meaning and greasing the wheels of knowledge production while simultaneously alerting the public to the existence of their history.

Visualising the archive: Arabic publishing during the Cold War

On Tuesday 25 May at 17:00 BST (register via Zoom) Zeina Maasri, senior lecturer in the School of Humanities at the University of Brighton, will speak alongside Berlin-based artist collective Fehras Publishing Practices (Sami Rustom, Omar Nicolas and Kenan Darwich) about their respective projects on Arabic publishing during the Cold War.

In her talk The Visual Politics and Poetics of Arabic Publishing, Maasri will explore Beirut’s development from the late 1950s to the mid-1970s as a nexus of transnational Arab artistic encounter, intellectual debate and political contestation, which was marked by anticolonial struggle and complicated by a cold war order. Central to this nodal configuration was the city’s infrastructure of printing, Arabic publishing and distribution that sparked creative collaborations between various Arab artists, intellectuals and militants who crossed paths in Beirut. These transnational circuits have materialised in some of the pioneering modernist Arabic cultural periodicals of the period, as well as in politically radical publishing projects that summoned revolutionary change and solidarity with the Palestinian liberation struggle. Her talk centres the visuality and materiality of Arabic publications as important sites of aesthetic experimentation and as reproducible and mobile artefacts of print culture. She argues that the translocal visuality of such Arabic printscapes helped articulate political imaginaries, mobilize cross-border identifications and shape aesthetic sensibilities in and through the disjunctive flows of the global sixties.

Likewise, through their project Borrowed Faces, Fehras Publishing Practices focuses on the Cold War era as one of the most fertile and critical periods in the history of Arab culture and publishing because of the entanglement between politics and culture. Their ongoing project researches cultural policies, and intellectual hegemony pursued by the bipolar power, the United States and the Soviet Union, and their establishment of institutions to fund international networks, conferences and projects. It observes the transformation of culture and publishing in the region from within, where new literary styles and ideas started to emerge. At the core of these movements were publishers, writers, poets, and translators, some of whom established collectives and seminars or who launched initiatives, publications, and publishing houses. Borrowed Faces looks into this period by observing the common denominators between cultural practices then and today. Pursuing these lines of inquiry, the project digs into print archives from the 1950s and 60s, such as books, magazines, memoirs, personal letters, newspaper articles, and photographs.

Fragmented archives and histories of solidarity

The final session in the series on Tuesday 8 June at 17:00 (register via Zoom) brings together Refqa Abu-Remaileh and Kristine Khouri to speak about their respective archival and curatorial projects.

In her talk  A Database for Palestinian Literature, Abu-Remaileh will share the work-in-progress of the ERC project PalREAD-Country of Words. Focusing on PalREAD’s use of digital tools, the talk will discuss the challenges and joys of tracing and mapping a highly fragmented and scattered history of Palestinian literary production in Arabic from the early 20th century to the present spanning a multiplicity of geographical locations around the globe. 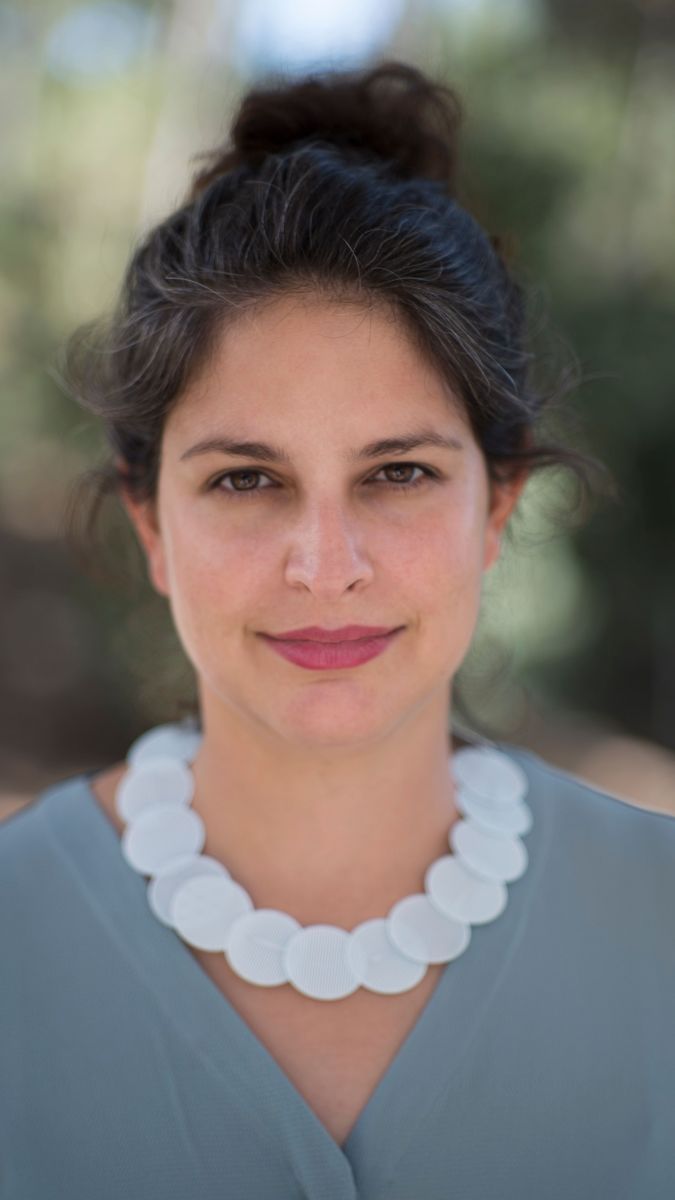 Researcher and writer Kristine Khouri’s talk Reflections on the (Digital) Future(s) of Past Disquiet focuses on her decade long research project conducted with Rasha Salti which took the form of an archival and documentary exhibition, publication, and seminars and other discursive events.

The project investigated the histories of art collections and museums built in solidarity with political causes for Palestine, Chile, Nicaragua and South Africa as well as unearthed histories of transnational artistic solidarity networks of anti-imperialist and anti-colonial liberation struggles from the 1960s to the 1990s.

While the exhibition presented the research in the form of text, digital surrogates of archival and other materials, video montages of interviews with participants and other testimonies and film and other footage, the exhibition did not exhibit any artwork. Today, over a decade later, the question remains on how to treat the digital archive which has been built throughout the project, gathering surrogates of documents held primarily in private homes or difficult to find ephemera of histories that have yet to be properly written. The talk will explore some of the reflections and challenges in thinking about the digital (and other) afterlives of Past Disquiet and ways to imagine encouraging further research.

Full abstracts and speaker biographies for the series can be found here. For any further enquiries please email Hana Sleiman and Daniel Lowe.