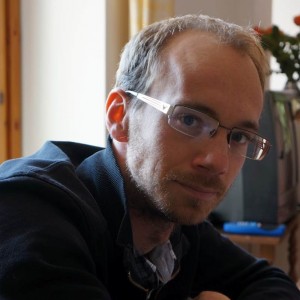 My academic interests fall at the intersection of Middle East area studies, political sociology and sociology of religion. I analyze attempts to make religion political by relating it to notions of nationalism, class inequality and state authority. I compare the different ways in which activists do this in Tunisia and Syria. In other words, I analyze the political influence of religion not related to its internal content (as implied in much of contemporary scholarship on ‘islamism’) but to how people define the scope of its social and political relevance in a particular context.

I grew up in Zevenaar, the Netherlands, I completed my bachelors in Nijmegen (2006), masters in Amsterdam (2008) and Phd at the European University Institute in Florence, Italy (2013). I subsequently held a three-year postdoc at the Department of Comparative Politics of the University of Bergen, Norway (2014-2017). During these years, I also learned Arabic in Damascus, Cairo and Tunis and was a visiting researcher at Princeton University in New Jersey, USA. From October 2013 until August 2014 I resided in Istanbul to learn Turkish. I currently hold a three year lecturer position at the department of Sociology.

And for all those wondering... “Teije” is pronounced as “tire” without the last “r” sound. And my first name is Teije Hidde, my surname is Donker. I am Dutch, the first name is Frysian.