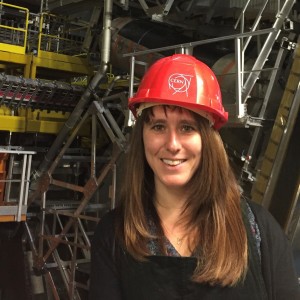 Fellow in Physics; Director of Studies

As a member of the ATLAS collaboration at CERN, my research focuses on searching for new particles produced in proton-proton collisions at the Large Hadron Collider. I am particularly interested in searching for signs of new physics beyond the ‘Standard Model’ of particle physics that could explain what dark matter is made of.

After completing my PhD in experimental particle physics in 2014 I moved to the Netherlands, where I worked as a Physics Lecturer on the Maastricht Science Programme (MSP) at Maastricht University. I also worked on several searches for new physics as a member of Nikhef, the Dutch institute for high energy physics. These included a search for TeV-gravity signatures, including microscopic black holes, which was one of the first results to be released from the ATLAS collaboration in the second data-taking run of the LHC. In September 2016 I returned to Cambridge to take up a fellowship in Physics at Murray Edwards. As well as being a Director of Studies and Tutor in college, I have continued my research on ATLAS and have led several searches for ‘supersymmetry’ which is a popular model for Beyond-the-Standard Model (BSM) physics that can explain the nature of dark matter.