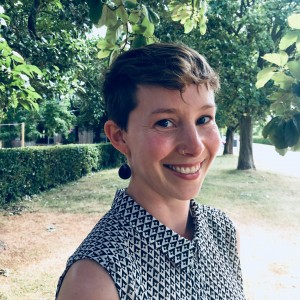 Sarah is a cultural anthropologist with an interdisciplinary background, whose research specialises in dynamics of race and racism in North American and Latin American societies. Broadly speaking, her work explores how ancestry and identity become inscribed in the body through cultural processes and political systems.

Sarah’s current research project looks at how skin colour has been represented and given social meaning through science, technology, and art in Mexico. Previously, her work has focused on how public uses of genetics are shaping conceptions of identity in Brazil and the United States.

Currently, Sarah teaches on the MPhil course for the Centre of Latin American Studies. She has conducted fieldwork in the US, Brazil, Iceland, Cuba and Mexico, and would be interested in hearing from students who are working on topics relating to race, ethnicity, and scientific production in American societies.

Sarah is a British Academy postdoctoral fellow at the Centre of Latin American Studies. She earned her BA in MML (French and Spanish) and her MPhil in Latin American Studies from the University of Cambridge. In 2016 she was awarded a PhD from the EHESS, Paris, for her thesis examining the science and social uses of DNA ancestry tests in the US and Brazil. From 2016 to 2019 she was affiliated to the University of Iceland, where she conducted further research into how genomic data are shaping public conceptions of the past in European and American societies.

Sarah has been a member of two major interdisciplinary European networks (EUROTAST and CitiGen), and her research has received funding from the EU’s Marie Skłodowska-Curie Actions programme, and from Humanities in the European Research Area. She is currently writing a book about the relationship between DNA, ancestry, and identity.